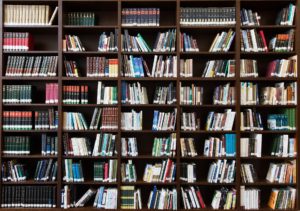 Translatio explores pre-modern translation in all its guises.

The series investigates translation between languages in relation to other migrations and circulations – of peoples, objects, and practices; images, forms, and media – across the continents and islands of the medieval and early modern world.

It invites work showing how key words, concepts, and texts all gather new force – and encounter new obstacles – as they are translated between languages, cultures, and societies. It treats translation neither as a matter of exclusively interlingual transfer, nor merely as a convenient metaphor, but as the basis – then and now – for a rethinking of the humanities. It tests the boundaries separating the study of medieval and modern languages from the neighbouring disciplines of literature, history, philosophy, linguistics, and visual culture. It investigates new paradigms for the comparative and cosmopolitan study of literature. It models a critically enlarged conception of translation studies.

Translatio encourages submissions that variously challenge, realign, and remake the disciplines of the humanities, and which unsettle their established geographical and historical boundaries, including the period categories – ‘medieval’ and ‘early modern’ – that are offered as points of departure for the series as a whole. It particularly welcomes work that not only relates to the translational, but that also calls the concept into question, not least by reflecting on its own deployment of translational methods when it studies one language and its culture and society from the perspective of another.

By publishing work in a range of formats – including monographs and short works; new, facing-page English translations of primary texts; and edited volumes – the series aims to harness both the critical and creative possibilities of the translational humanities.

Monographs shift the ground on which a topic is commonly understood and so change the landscape of research. Revised doctoral dissertations and theses are welcome. So are the submissions of established authors. Co-authored monographs, reflecting the expertise of more than one scholar, are also encouraged.

Edited volumes are highly effective when they enable collaboration across disciplines in pursuit of a shared research problem or topic and bring reflection on questions of transdisciplinary method to the fore. Editors are invited to clarify what the proposed volume as a whole offers by way of contribution to the field.

Facing-page English translations of pre-modern texts in their source language(s) are a distinctive feature of the series. They establish Translatio as a home for multilingual work by combining primary text and translation. Their critical apparatus contributes further to the transfer of learning between languages and cultures. Proposals relating to neglected primary works are particularly welcome.

Essays, manifestoes, meditations, provocations: all these have long served those writing for and against the arts of translation. This series welcomes such thought-provoking forays into shorter formats. It invites those that concentrate minds on and focus debates about emerging ideas, methods, and orientations in the field of the translational humanities.