The study aims at investigating explicitation features of textual meaning in Chinese-English consecutive interpretation by Chinese EFL students and attempts to probe into the potential factors behind such explicitation features. In this study, the textual semantics of SFL is applied as the analytical framework, and the parallel corpus approach is adopted as primary methodology, with the combination of qualitative analyses and quantitative methods, and of the description of corpus results and explanations for such results. This study also makes a comprehensive comparison between the professional interpreters and Chinese EFL students with regard to explicitation of textual meaning in Chinese-English consecutive interpretation, so that the results can be applied to guide teaching practice for interpreter training as well as compilation of translation textbooks.

It is anticipated that this study might yield critical insights into mechanisms of consecutive interpretation in dealing with explicitation from a novel perspective. It is also hoped that this study will enrich the literature on explicitation in Chinese-English interpreting studies. In terms of practice, this study is expected to shed new light on Chinese-English consecutive interpretation by Chinese EFL students and to offer useful and practical educational insights for interpreter training in future.

Interpersonal Meaning of Mood System in English Translation of Xi Jinping: The Governance of China

Corpus-Based Study of Zhou Shoujuan’s Translation: From the Perspective of Classical Narratology

Zhou Shoujuan is a translator-writer in late Qing Dynasty and early Republican Period. He translated and wrote hundreds and thousands of short stories, which makes him one of the most famous literati of his time. A systematic study on Zhou Shoujuan’s translations can improve our understanding about the translation activity at that time.
Corpus-based study of features of translations focuses on the consistent and systematic deviation from certain norms. This study focuses on Zhou Shoujuan’s translations, taking Zhou Shoujuan’s own writings as the reference corpus. While investigating the differences, I will examine the original texts of the translations as one of the influential factors resulting in the deviations of Zhou’s translations.
On the textual level, the linguistic features of Zhou Shoujuan’s translation is described with statistics withdrawn from corpus tools, including lexical density, frequent word, word cluster, the distribution of part of speech, mean sentence segment length, etc. The quantitative data is than analyzed from the perspective of classical narratology in two layers: story and discourse. Firstly, from the level of story, I take the third-person pronoun “yi”（伊）and some keywords, especially key nouns and adjectives, as a starting point to analyze the female images and major plots in the two kinds of texts. Secondly, from the level of discourse, I use first-person pronoun “wo”（我）and several perceptional and reporting verbs to find out the distribution of point of view and focalization in Zhou’s translations and writings.
The above linguistics features and narrative effects of Zhou Shoujuan’s translations are explained from the following four aspects:(1) Cognitive nature of translation and interference from original texts; (2) Poetic tradition of source and target languages; (3) Social-cultural background of the translation activity;(4) Translator’s personal factors, including individuality, literary knowledge, and professional identity.
The analysis concluded that Zhou’s translations differ from his own writings in both linguistic features and narrative effects. It is hoped that this research will facilitate studies on the descriptive study of early Chinese translated texts as well as corpus-based translation studies, especially studies on translational style. 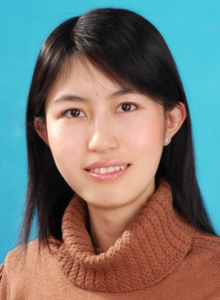 Metaphors in Interpreting: a corpus-driven approach

Based on the conceptual metaphor theory and critical metaphor analysis, this study attempts to describe conceptual metaphors in the source language and their interpreting strategies as well as conceptual metaphors in the target language, driven by the Chinese-English Conference Interpretation Corpus. This research manages to explain factors and constraints that influence interpreters’ decision-making processes in dealing with political discourse, including ideological motivation, intercultural communication intentions and the interpreter’s cognitive resources, with a view to deepening our knowledge of the nature of political interpreting and the role of institutional interpreters.

A Corpus-Based Study of Translators’ Styles of Shakespeare’s Plays

Under the framework of theories of corpus translation studies and translator’s style research, this dissertation, with Liang Shiqiu and Zhu Shenghao’s translations of Shakespeare’s 23 plays as comparative objects, aims to probe into the language features and translators’ style of the two Chinese versions. Using the English-Chinese Parallel Corpus of Shakespeare’s Plays, the author launches a comprehensive quantitative and qualitative research concerning factors as key words, high frequency words, lexical density, length of sentences, as well as modal particles. The research also involves outer language materials such as letters, biography, literature criticism, preface and postscript, to analyze and organize the elements that influence and thus lead to the translators’ selection of translation strategy and method. The fundamental objectives are to enrich the methods of corpus-based translator/work studies, to verify the generally accepted conclusions of the two translators’ style and to find the yet unnoticed and unperceived characteristics of their translation works.

With the development of economic globalization and multi-polarization, international right of speech plays an increasingly crucial role in various international affairs. Therefore, almost all the countries are trying their best to construct their own discourse systems to intensify their international right of speech. Then, as an indispensable part of discourse system, political terms and their dissemination and reception in other countries have a great impact on the image of a country and its international right of speech. As the dominant ideology of the new generation of central collective leadership with Xi Jinping at the core, Chinese Dream has been in the limelight in different fields around the world.
Given this situation, based on critical discourse analysis, the author built a Chinese Dream corpus with news reports containing English translations of Chinese Dream in mainstream news media in English-speaking countries from 2008 to 2016, and used corpus-based methods including high-frequency collocates, concordance lines, and context to explore the dissemination and reception of the concept of Chinese Dream in English-speaking countries. The study reveals that after Chinese Dream was proposed officially, most of the related news reports in English-speaking countries were relatively favorable and objective. Overall, the number of news reports containing English translations of Chinese Dream increased sharply and stayed at a relatively high level. Besides, the number of news reports with negative attitudes towards Chinese Dream decreased. And mainstream news media in English-speaking countries gradually realized that Chinese Dream and American dream had different connotations. Meanwhile, understanding towards the connotations of Chinese Dream kept up with the development of Chinese society and became increasingly comprehensive. However, there still existed satiric comments and misreadings inevitably, which could hinder the achievement of Chinese Dream. The study shows that China has started to disseminate its culture and ideologies by political terms with Chinese characteristics, for the further sake of building a beautiful image of China and enhancing its international right of speech.