A Study of Bonnie S. McDougall’s Thoughts on Literary Translation

Bonnie S. McDougall is a renowned researcher, translator and translation theorist of modern and contemporary Chinese literature. In the field of literary research, she has written a number of influential books, such as The Introduction of Western Literary Theories into Modern China, 1919-1925, Popular Chinese Literature and Performing Arts in the People’s Republic of China，1949-1979, The Literature of China in the Twentieth Century, Chinese Concepts of Privacy, and a series of journal articles. Bonnie S. McDougall is also a translator whose translation practice and translation thoughts are both rich and profound. She has translated a large number of contemporary Chinese literary works, including poetry, prose, fiction, film script, subtitles, etc. In addition, Bonnie S. McDougall has profound thoughts on Chinese to English literary translation. Her book Translation Zones in Modern China: Authoritarian Command Versus Gift Exchange is the first attempt to investigate and summarize the translation activities in China by overseas Sinology scholars. She also taught Chinese literature and literary translation in many famous universities around the world.

In terms of her status and influence in western sinological circles, Bonnie S. McDougall has been studied exclusively as an important translator. However, up until now, there has been engagement with her work, especially in China. This dissertation, mainly studying McDougall’s thoughts on literary translation, aims to fill this gap to some extent. Specifically, through the generalization and theoretical reflection of McDougall’s thought as well as the analysis of her translation works, it attempts to present a holistic view of McDougall’s thoughts on literary translation, in order to deepen our understanding of her translation practice and provide a useful reference for China’s “Going-out” Cultural Strategy. In addition, since McDougall focuses on translation activities in China, the current study hopes to shed light on the distinctiveness of these activities and raise awareness of overseas translators, who play an important role in disseminating modern and contemporary Chinese literature across the world. 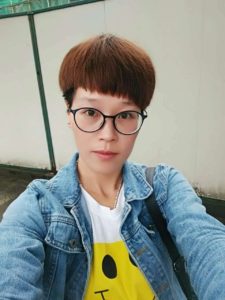 William Shakespeare (1564-1616) created a large body of plays presenting various themes, including the world-famous Four Great Comedies and Four Great Tragedies. In these plays, Shakespeare paid much attention to affect, one of the core issues in drama creation, and successfully demonstrated the affections of different characters and affective conflicts between them, aiming to highlight the affective keys and themes of different plays. Given the rich lexical realizations of affect in Shakespeare’s plays, the present study attempted to explore the Chinese translation of affect expressed in Shakespeare’s plays, covering 8 comedies and 7 tragedies, with particular focus on representation and reconstruction of affect in two Chinese versions, Liang Shiqiu’s translation and Zhu Shenghao’s translation (abbreviated as Liang’s translations and Zhu’s translations respectively).

Given that the APPRAISAL system developed by Martin & White (2005) within Systemic Functional Linguistics puts special emphasis on and has offered systematic analyses of affect, the present study adopts it as analytic framework, specifically applying the definition and classification of affect within APPRAISAL. Based on the APPRAISAL model, this research attempted to systematically examine the translation of affect, focusing on how and to what extents Liang Shiqiu and Zhu Shenghao respectively represented and reconstructed it in Shakespeare’s plays.

In addition, the present research also examined the changes to graduation when a given expression of affect is represented or reconstructed by Liang Shiqiu and Zhu Shenghao. The findings show that in both cases, representation and reconstruction, the two translators appear to prefer scaling up rather than scaling down affect through the use of some Chinese modifiers in the target text compared with the source text.

Gender in Literary Translation:
A Corpus-Based Study of the English Translations of Chenzhong De Chibang

The aim of the present study is to explore gender construction and representation in literary translation from the perspective of the post-structuralist discursive conceptualizations of gender and language. Adopting the analytic framework of CDA, a corpus-based case study is conducted of the English translations of the Chinese novel Chenzhong De Chibang by one male and one female translator. Firstly, potentially important linguistic features in the target texts that may be gendered/gendering are analyzed with the assistance of the corpus and mapped onto the source text. These features include the statistics generated from the corpus, such as TTR, mean sentence length, lexical density etc., modality, transitivity, and pragmatic features. The translator’s mediation in terms of the naming of characters, translational omission, and prefacing and footnoting and translations of the gendered discourses identified from the source text are then analyzed to reveal the translator’s explicit voice which results in semantic alteration. Finally, the results of text analysis are interpreted and explained in terms of gender theorized as contextualized performance through language and discourse as social practice so that an individual’s language use is both determinative of their gender subjectivity and determined by institutional and social structures within which power struggle is involved.
The study finds that 1) though male and female translators construct their gender identity in significantly different ways through translation, they can conduct the same or similar gendered linguistic performance in some aspects because of the particular institutional restraints involved in the translation activity; 2) contradictory gender discourses can co-exist in a single text, representing the flexibility of gender subjectivity of an individual; and 3) gender construction in the particular context of translation is subject to the specific discourses within the institution of translation as well as the power struggles in the wider social context. This indicates that both male and female translators’ construction of gender identity is likely to be unconscious for the most part because of the immediate task of cross-lingual meaning transfer. Meanwhile, the study also suggests that despite the efforts of generations of feminists in encouraging intervention in all social aspects, language being a significant one, feminism as a political movement directed at changing the power relations between men and women, and further the structure of society, has not yet achieved the success it aims for.

This study aims to analyze the use of hedges in interpreting for Chinese government press conferences and to explore how interpreters’ regular linguistic behavior interacts with factors involved in wider situational and sociocultural contexts. For this purpose, the Chinese-English Conference Interpreting Parallel Corpus, which collects interpreting materials of Chinese government press conferences from 1990 to 2014, was compiled. In order to “arrive at global inferences about the interpreted text (1) in relation to other forms of oral discourse; and (2) in relation to other forms of translation” (Shlesinger 1998:487), two comparable corpora were also created, which collect parallel texts from the Chinese government work report translations and texts transcribed from American government press conferences respectively. The software AntConc was used to retrieve concordance lines and to examine contexts larger than single lines in the English texts. In addition, the software ParaConc was also used to retrieve parallel texts in order to examine the corresponding relationship between TT and ST.  Hyland’s (1996a, 1996b) category model of hedges was adapted for the present study, to include accuracy-, speaker-, and audience-oriented functions.

Mao Dun Literary Prize (MDLP) is one of the most influential national literary prizes, and the works receiving this award generally represent the best contemporary novels in China. This study, based on a Chinese-English Parallel Corpus of MDLP Works and the BNC Fiction Corpus, investigates normalization in English translations of MDLP Works at different levels.

Thirdly, two specific English translations of MDLP Works have been chosen as case studies: One is The Jade King, which demonstrate normalization in two aspects: omission of certain contents, transfer of over-used exclamation marks; the other is Song of Everlasting Sorrow, in which normalization is mainly demonstrated in three aspects: normalized translation of irregular collocations, transfer of characters’ speech forms, division of long paragraphs.
By combining intra-lingual comparison and inter-lingual comparison under the framework of corpus-based translation studies, this research not only describes how normalization demonstrates itself, but also analyzes how normalization is produced and influenced by different social and cultural elements, further developing the study of language features in translated texts.