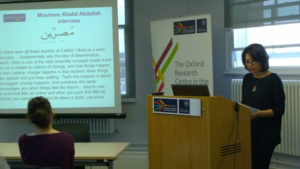 The Baker Centre for Translation and Intercultural Studies is the brainchild of Professor Hu Kaibao, Professor of Translation Studies and Dean of the Institute of Corpus Studies and Applications, Shanghai International Studies University. It was first launched in 2017 at Shanghai Jiao Tong University, where Professor Hu was Dean of the School of Foreign Languages. As of 1 January 2020, the Centre will be based at Shanghai International Studies University.With the assistance of an international advisory board consisting of renowned scholars with a diverse range of expertise and interests, the Centre engages in a number of initiatives aimed at enhancing dialogue between Chinese and international scholars of translation and creating an open, welcoming space for all scholars, but particularly early career scholars, to interact and explore new avenues of research.While terms such as internationalization and interdisciplinarity have become all too familiar and are often instrumentalized in unproductive ways by academic institutions worldwide, the Centre is working to offer forums for debating them – and other concepts and priorities – critically and productively, with a view to creating genuine opportunities for collaboration across geographical and disciplinary borders.

[ Professor Mona Baker’s Statement at the launch of

the Baker Centre for Translation and Intercultural Studies, 13 October 2017]