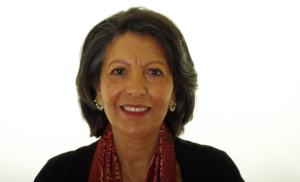 Mona Baker is Professor Emerita of Translation Studies at the Centre for Translation and Intercultural Studies, University of Manchester, UK, Principal Investigator on the AHRC-funded project Genealogies of Knowledge: The Evolution and Contestation of Concepts across Time and Space, co-cordinator (with Jan Buts and Henry Jones) of the Genealogies of Knowledge Research Network, and co-editor, with Luis Pérez-González and Bolette Blaagaard of the Routledge series Critical Perspectives on Citizen Media. She is author of In Other Words: A Coursebook on Translation (Routledge, 1992; third edition 2018) and Translation and Conflict: A Narrative Account (Routledge, 2006; Classics edition 2018), Editor of Translating Dissent: Voices from and with the Egyptian Revolution (Routledge, 2016), Citizen Media and Public Spaces: Diverse Expressions of Citizenship and Dissent (co-edited with Bolette Blaagaard), the Routledge Encyclopedia of Translation Studies (1998, 2001; third edition, co-edited with Gabriela Saldanha, 2020); Critical Concepts: Translation Studies (4 volumes, Routledge, 2009); and Critical Readings in Translation Studies (Routledge, 2010). Her articles have appeared in a wide range of international journals, including Social Movement Studies, Social Semiotics, Critical Studies on Terrorism, The Translator, Target and Palgrave Communications. She is founding Editor of The Translator (St. Jerome Publishing, 1995-2013), former Editorial Director of St. Jerome Publishing (1995-2013), and founding Vice-President of IATIS, the International Association for Translation & Intercultural Studies (2004-2015). She posts on translation, citizen media and Palestine on her personal website and tweets at @MonaBaker11. 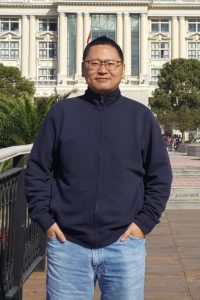 Professor Geng Qiang’s main research interests include modern Chinese translation history from 1949 to the 1980s. His articles have appeared in Chinese journals such as China Social Science Review, Chinese Translator’s Journal, Journal of Foreign Languages and Comparative Literature in China, among others. His monograph entitled Translation and Transmission of Chinese Literature in the New Era: Panda Books Series and Chinese Literature Walking Toward the World (Nankai University Press, 2019) examines translations of Chinese literature into English patronized by Chinese government institutions. More recently, his research has been on Chinese discourses on literary translations in contemporary China. 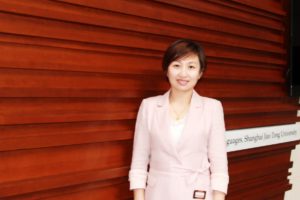 Kyung Hye Kim is a lecturer in Translation studies at the School of Foreign Languages, Shanghai Jiao Tong University. She holds a PhD in Translation and Intercultural Studies from the University of Manchester. Her academic interests lie in corpus-based translation studies, critical discourse analysis, and the application of narrative theory to translation and interpreting. Her publications include ‘Examining US News Media discourses about North Korea’ (Discourse and Society 2014), ‘Renarrating the Victims of WWII through Translation: So Far from the Bamboo Grove and Yoko Iyagi’ (Target 2017), and ‘Retranslation as a socially engaged activity: in the case of Rape of Nanking’ (Perspectives 2018).