[New Publication] Short Science Comics for a Broad Audience – An Interview with Jessica Burton and Serge Haan from LUX:plorations 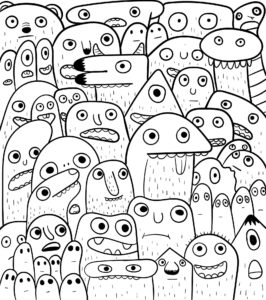 In 2020, the University of Luxembourg launched a series of science comics called “LUX:plorations”. Each volume comprised of a collection of eight stories about science and research in Luxembourg and it is available in five different languages. Produced in collaboration between local scientists and artists, this science communication project serves as a proof of concept for multi-lingual and collaborative comic productions. The comic is available for free in the form of hard copies as well as in several digital formats online under a Creative Commons licence. This article introduces the concept behind LUX:plorations via an interview with two members of the organization team, namely Serge Haan and Jessica Burton. It gives insights into the production and translation process as well as the distribution of the comic.

This Special Collection collects submissions exploring the intersections between the translation and distribution of comics, the latter understood in its most diverse, international sense, with a particular focus on topics that went beyond dominant themes that are over-represented in current scholarship. The Special Collection seeks to investigate the ways in which digital and other forms of distribution have opened up, or closed down, access to comics produced globally through translation or through other forms of remediation and rewriting.