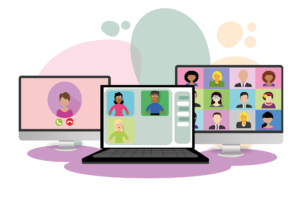 Histories of colonialism and migration have given rise to hybridity in literatures, which are increasingly shaped by entanglements between languages. When a literary work is composed of multiple languages, and when one language bears subtle or explicit traces and tones of another, what does the process of literary translation entail? When processes of translation are already woven into literatures, which complexities and creative opportunities arise for the translator?

Canadian translator Judith Woodsworth and British translator Ros Schwartz explore such questions and give insights into the art and complexities of literary translation.

Judith Woodsworth is Professor of translation and translation studies in the Département d’études françaises at Concordia University. She has published widely on translation theory and history. She has also translated two Quebec novels into English, Pierre Nepveu’s Des mondes peu habités [Still Lives] and Abla Farhoud’s Le sourire de la petite Juive [Hutchison Street], as well as a work of nonfiction, History of the Jews in Quebec by Pierre Anctil. Her recent publications include the monograph Telling the Story of Translation: Writers Who Translate (2017) and the edited volumes The Fictions of Translation (2018) and Translation and the Global City: Bridges and Gateways (2021). She was founding president of the Canadian Association for Translation Studies.

Ros Schwartz has translated some 100 works of fiction and non-fiction, with a strong emphasis on Francophone authors such as Dominique Eddé, Aziz Chouaki and Tahar ben Jelloun. Her most recent translation is Swiss-Cameroonian author Max Lobe’s A Long Way from Douala, published by Hope Road, and she is part of the team re-translating the works of Georges Simenon for Penguin Classics.

Ros was a Royal Literary Fellow at King’s College London from 2019-2021. She frequently leads translation workshops and is a regular speaker on translation issues. She co-organises an annual translation summer school – this year online under the banner of the University of Bristol.

Ros was made a Chevalier dans l’Ordre des Arts et des Lettres in 2009.