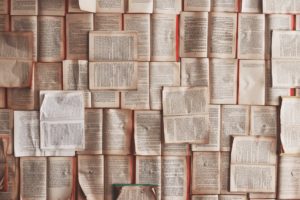 The three trials of SS camp personnel, held in Frankfurt am Main in the mid-1960s, represent a key moment in the development of public awareness of and attitudes towards the Holocaust in West and East Germany. The involvement of several hundred witnesses, many of whom were survivors, from across the world and collectively speaking 11 different languages, brought home the international scale of the genocide and drew attention to the individual quality of the witnesses’ voices as they told their stories. The only interpreter at the trial who attracted public attention for her work and who left a substantial trace in the archival record was the Polish-Russian-German interpreter Wera Kapkajew, who also accompanied the court on its visit to the Auschwitz complex. In contrast to the other interpreters, her work and biography attracted journalistic interest and she was singled out for praise by court personnel and witnesses: in particular, she is praised for conveying the nuances of the witness’ voices, rather than just the content of their testimony. This article explores Kapkajew’s contribution to the trial proceedings and what happens when an interpreter’s work becomes visible in a Holocaust trial.