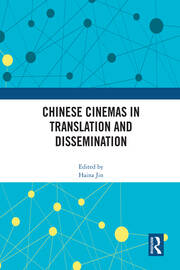 Ever since film was brought into China at the end of the nineteenth century, translation has conquered language, ideological and cultural barriers and facilitated the dissemination of films in China. Offering fresh visions and innovative studies on various important issues, including mistranslation, the dubbing of Hong Kong kung fu films, the dubbing of foreign films in China, the subtitling of Chinese dialect films, the subtitling of independent Chinese documentaries, and a vivid personal account of the translation and distribution of Chinese cinemas in France, this book aims to generate international dialogue by presenting diverse approaches to the translation and dissemination of Chinese cinemas.

This book builds on previous research and further expands the horizons of the subfield, with the hope that this intervention will suggest new possibilities and territories for the study of the translation of Chinese cinemas. Translated foreign films have become an integral part of Chinese cinemas and translated Chinese films have in turn enriched the concept of world cinema. In many ways, it is a timely publication in the context of the globalization of the film industry – as Chinese films increasingly go global.

The chapters in this book were originally published as a special issue of the Journal of Chinese Cinemas.