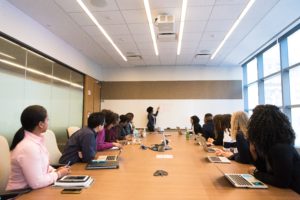 The practice of translation lends itself to a continued conversation around the notion of resistance, on a number of levels. Whether it be in terms of the text chosen for translation or the strategy deployed by the person translating it, or indeed the conditions in which the project is undertaken, this resistance can be perceived at every stage of the process. It also applies to the reception of the translated text as well as to the (in)visibility of the translator and of the translation process itself. As such, the use of inventive and innovative strategies in an attempt to parry the untranslatable (cf. Georges L. Bastin) constitutes one illustration of this notion, creating a dialogue between “resisting” texts and translators facing this resistance.

Regardless of the form, the genre, or the scope of the text to be translated, resistance arises when considering its stylistic or cultural features, with some texts presenting more challenges related, for example, to the presence of a so-called “non-standard” cultural and/or linguistic identity. Wherever resistance is encountered, the translator’s immediate reflex tends to lie in identifying a solution that does not compromise readability, thus providing a gateway into the target language and offering access to the specificity and foreignness of the text, to the Other. However, the use of supposedly equivalent forms (from a linguistic or cultural point of view) may seem unexpected or unsuitable, potentially troubling the reader, the editor(s), and perhaps even the author of the source text itself.

Drawing on theories proposed by Antoine Berman, Lawrence Venuti sowed the seeds of controversy some twenty years ago when he argued that domestication (or, in other words, a failure to overcome textual resistance) was prevalent in Anglo-American translation practices, with the use of foreignizing strategies being rare. He affirmed that this was a direct result of the forces of Anglo-American cultural imperialism. Discussions relating to foreignizing and domesticating practices have continued into the 2020s and a wider range of questions have made their way into the debate, particularly with regard to the continuum between the perceived desire to domesticate translated texts and the preservation of a relative foreignness in the text which is actually intrinsic to the act of translation (see Boyden 2006). The debate also tends to place emphasis on different ways of grappling with the strength of translation and/or linguistic norms in the target language.

Some translators go so far as to embark on translation projects of a more activist nature, aiming to place a particular gender or cultural or community affiliation at the center of the translated text. Such approaches are often intended to resist the invisibilization of minority voices, sidelining more pragmatic issues related to the readability and the fluidity of the translated text. The practice of retranslating older texts can also provide a means of presenting the resistant source text in light of a new era, new ideas, or translation strategies, and of finding new solutions in accordance with these developments.

The material conditions of translation may be understood as a productive form of constraint, but also as a resistance to the very act of translation. In particular, we can take into account the constraints and possibilities inherent in audiovisual translation and surtitling, as well as typographic choices and the use of certain technological tools. Such questioning can also include the subsidiary status of translation in certain contexts, with translation sometimes reduced, particularly in the educational field, to a means of developing grammatical or lexical skills.

Finally, in the light of recent discussions, we may consider the resistance that arises when choosing a translator, as well as the ideological, ethical and emotional factors that can condition specific stances.

The lines of enquiry outlined above are by no means exhaustive or prescriptive. All fields of translation will be considered, including (but not limited to) literary, technical, scientific, audiovisual, theatrical, interpreting, self-translation, and teaching. The texts and situations studied must involve English as the source or target language.

Proposals for papers (300 words, in French or English) should be sent jointly to the three members of the organising committee: Tiffane Levick (tiffane.levick@univ-tlse2.fr), Nathalie Vincent-Arnaud (nathalie.vincent-arnaud@univ-tlse2.fr) and Damien Villers (damien.villers@univ-tlse2.fr) by 20 January 2022. They should be accompanied by a short bio-bibliographical note. A response will be given mid-February.

Papers should not exceed 25 minutes.