[Event] Translation and Memory: Hispanofilipino Literature and the Archive in the US Midwest 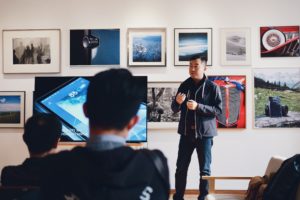 Although Filipino migration has historically converged in other places across the US, it is in the Midwest, particularly at the University of Michigan, where some of the most extensive archival sources on this Southeast Asian nation can be found. These sources are generally used to examine US imperialism in Asia-Pacific, often glossing over the fact that the American period in the Philippines also led to the flourishing of Filipino literature in Spanish as a nationalist response. In this second installment of our Mellon-funded Sawyer Seminars, we shall analyze the archive as a site of translation and historical memory as a multilingual construct, focusing specifically on Hispanofilipino texts in the libraries of the University of Michigan and the broader Midwest. Translation here means two things. Since Spanish has never been spoken widely in the Philippines despite three centuries of colonial rule, translation may refer to the rendering of texts in another language supposedly understood by a majority of local readers. But given the limitations in how archival data is stored in the Philippines, translation may also refer to the movement of the archival sources themselves, whether physically or digitally, thus reclaiming them as objects of cultural memory. How has translation contributed to a monolingualized commemoration of multilingual pasts? What are the stakes of reconstructing a nation’s history through texts written in colonial languages? In which ways can translation help in recuperating a peripheral literary tradition in Spanish?

The seminar has three events open to the public. To get the Zoom link, please visit:

Translation and Memory: Hispanofilipino Literature and the Archive in the US Midwest