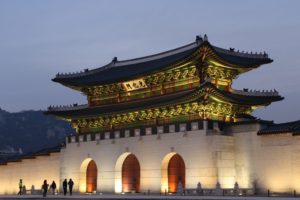 From 1392 until its dissolution in 1894, Chosŏn Korea’s Office of Interpreters managed diplomatic relations with its vastly more powerful Ming and Qing neighbors. The Office was originally conceived out of a bureaucratic strategy to formalize the training of its interpreters and manage the volatile knowledge they possessed. This bureaucratizing of diplomacy created a distinct socio-economic niche for these interpreters, facilitating their social reproduction. This article argues that a distinct culture of knowledge also emerged in this process. Beyond language, interpreters also translated between multiple domains of knowledge. As experts of diplomatic protocol, they served as informants to their social and administrative superiors. As scholars, they produced compendia and handbooks that made their office legible to outsiders. As specialists, they asserted the dignity of their craft. And as diplomats, they were tasked with furnishing the “apt response” that enabled them to move between local exigency and the demands of state ideology. Herein lies the central dilemma of bureaucratic knowledge: the skill to do so required both cultivated erudition as well as accumulated experience, but its timely execution could not be legislated through bureaucratic rules—a tension between the desire to control and the need to preserve agency. The article deliberately locates bureaucracy in a domain (diplomacy), place (East Asia), and a time (premodern) that was not supposed to “have” bureaucracy in order to dispute the casual conflation of bureaucratization with modernization that has obscured the Korean Office of Interpreters in the global history of diplomacy.

This article is part of a special issue entitled “Histories of Bureaucratic Knowledge,” edited by Sebastian Felten and Christine von Oertzen.