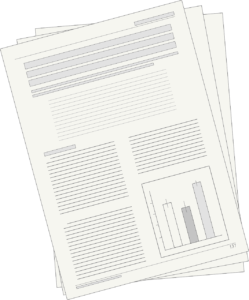 Another aspect that makes the research gap on humour self-translation so remarkable is that the translation of humour in general has also been the object of much attention, not least because it offers a wide range of challenges, spanning from dealing with wordplay to the importance of culture-specific references (Chiaro 1992, 2005; Zabalbeascoa 1996; Attardo 2002; Dore 2019). Moreover, the success or failure in humour translation is often constrained by the translation mode used (cf. for instance Zabalbascoa 1994; Dore 2019; Dore, forthcoming). Interestingly, many authors who have written on self-translation (e.g. Fitch 1988; Eco 2013) have stressed that self-translators enjoy a level of freedom greater than that allowed to allographic translators. Similarly, the challenging nature of humour translation makes the case of self-translation the more interesting and intriguing, as it often requires exercising great freedom in adapting the humours content to the target audience (as discussed, with reference to stand-up comedy, in Palmieri 2018). Therefore, observing specific cases of humour self-translation is likely to unveil specific characteristics of this process in different context (cf. e.g. Palmieri 2018) and of humour translation in general.

It is envisaged that the exploration of this fascinating phenomenon will further contribute to enhance the ongoing debate on the (un)translatability of humour (Delabastita 1996; 1997; Chiaro 2000; Dore 2019). Since the self-translation of humour can potentially cover several fields of enquire and application, as well as genres, an edited book can become a particularly promising tool. With these premises in mind, we would like to launch a Call for Papers to encourage scholars to give a contribution to mapping this problem space, by identifying instances of humour self-translation in their specific areas of competence, both in terms of language(s) and medium/ text type.

The papers will be peer-reviewed. Authors will be asked to send their contributions to both Margherita Dore (margherita.dore@uniroma1.it) and Giacinto Palmieri (g.palmieri@londonmet.ac.uk).

Fitch, Brian T. (1988) Beckett and Babel: an investigation into the status of the bilingual work. Toronto: University of Toronto Press.