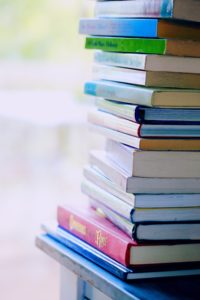 The question of who translates religious writings in general and holy texts in particular is just as important as that of how the translations are done, why, and for whom. While translation has often been associated with women (Chamberlain 1988), translators of sacred texts have mainly been men. Translation Studies scholars such as Simon (1996) and von Flotow (1997) highlighted the role of women as translators of the Christian holy writ, but the fact remains that translating a sacred text is a task that requires a recognised position in society, education, and access to sources of documentation which few people, especially women, had until the 19th century in the Western world, and still struggle to achieve elsewhere. Another theme that runs through the (so far mostly invisible) story of women translators of sacred texts is that of authority. Traditionally, women’s role in organised religion was relegated to that of auxiliaries. Thus, in the three religions of the Book, men have dominated in ministry and occupied the positions of power and decision-making at every level of the hierarchy. Although there is more debate around such issues than ever before, and the landscape is slowly evolving, restrictions do persist in many environments.

Despite the adverse conditions, a number of women translators have succeeded in gaining a measure of visibility. Mary Sidney Herbert, Julia E. Smith, Helen Barrett Montgomery, Annie Cressman and Mary Phil Korsak in the field of Bible translation; Fatma Zaida, Umm Muhammad, Camille Adams Helminski, Tahereh Saffarzadeh and Laleh Bakhtiar in Quran translation; Nikky-Guninder Kaur Singh, the first female translator of the of the Sikh scriptures, the Adi Granth—these are only a few of the women who have made a mark in religious translation. They have in common a desire to “see with [their] own eyes, and not look through the glasses of [their] neighbors” (Smith 1876: n.p.), and to share their insights and knowledge with others, empower them in more ways than one. Even though their efforts have often been individual, several women translators have collaborated with a man, usually a family member. Some of their translations only tackle parts of a given text, and they tend to be for smaller, restricted audiences. In other words, at the time of writing, women’s voices in religious translation remain marginal, especially where holy texts are concerned.

Publications such as Portraits de traductrices (ed. Jean Delisle, 2002), Traduttrici. Female Voices across Languages (ed. Oriana Palusci, 2011), Woman and Translation: Geographies, Voices and Identities (MonTI 3, ed. José Santaemilia and Luise von Flotow, 2011), Translating Women. Different Voices and New Horizons (ed. Luise von Flotow and Farzaneh Farahzad, 2017), and the work of translation scholars including Lori Chamberlain, Sherry Simon, Luise von Flotow, Lynne Long, have been instrumental in raising awareness about the existence of traditionally invisible voices, those of women translators in the field of science, literature, and also religion (see, for instance, von Flotow’s 2000 essay “Women, Bibles, Ideologies”, and Long’s 2011 article “Women Translators of Sacred Texts”), and to open up discussion about many of the issues involved. Our objective is not only to give more visibility to women’s voices in the field of religious translation, but also to examine the specificity of what it means to be a woman translator of sacred and other religious texts today. We aim to highlight the multiplicity of women’s experiences, reveal the key challenges they face, and draw comparisons between what undertaking such a task involves at the present moment and what was at stake in the past, at various moments in the history of sacred text translation and in different parts of the world.

The patriarchal content and traditional hermeneutics, as well as the male-centred language in many of the sacred writings of the various religions have generated considerable controversy. Must the language be revised or maintained; should it be seen as prescriptive or incidental (Hassen 2011: 223)? To put it differently, is the patriarchal content and tone part of the actual message of the original texts? How do women translators position themselves with respect to the texts, and within an environment which has, traditionally, been wary of accepting them as full participants in the debate? The increasing involvement of women in the field of religious translation is undoubtedly a reflection of the changes in society, but where do we go from here, for the benefit of all?

We welcome contributions from translators or scholars working in Translation Studies, Religious Studies, Gender Studies, Feminist Studies, Literary and Cultural Studies, Philosophy, Anthropology, and other relevant disciplines, on women translators of texts from all religions. We are interested in women’s participation in the translation of holy texts but also other types of religious writings, such as liturgical texts, exegeses, commentaries, patristic texts, lives of religious figures, and popular pious literature. Some of the issues which could make the object of discussion are:

¨   reasons for women to translate or retranslate a religious text;

¨  retracing and rediscovering the history of women’s involvement in the translation of religious texts;

¨   marketing, publication, and reception of translation by women;

¨  linguistic, textual, and translation strategies employed by women translators of sacred texts, including the question of gender-inclusive and neutral language;

¨  comparisons between the experiences of women translating texts from different religions and working in different parts of the world and periods;

¨   the body of the translator, the body in religious translation;

¨   women translators of religious texts and the advent of contemporary media.

Notification of acceptance by 1 March 2021