[New Publication] Translation and solidarity in the century with no future: prefiguration vs. aspirational translation 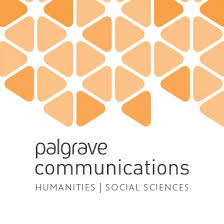 The article entitled ‘Translation and solidarity in the century with no future: prefiguration vs. aspirational translation’ by Mona Baker, the Director of SISU Baker Centre, is now published online in Palgrave Communications (Open Access).

Translation and solidarity in the century with no future: prefiguration vs. aspirational translation

The future and how we envision and anticipate it has been the subject of scholarly attention for some time, especially from political theorists, scholars of human geography, and anthropologists. This article draws on some of this literature, but particularly the work of Franco ‘Bifo’ Berardi, the Italian Marxist theorist and activist, to explore the implications of two activist strategies that have recently received some attention from translation scholars: prefiguration and aspirational translation. It reflects on the different orientations to the future implied in these two strategies and suggests that their relative appeal is impacted by the rise of semiocapitalism in what Berardi refers to as ‘the century with no future’, and by varying experiences of activists located in different regions of the world. The work of translation and how translators orient themselves to the future, it is argued, can play an important role in arresting if not reversing the ongoing erosion of those possibilities still inscribed in the present despite semiocapitalism’s growing control over every area of human life.