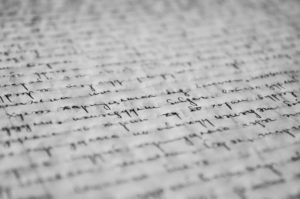 Cover note to article on Translators Without Borders, by Attila Piróth and Mona Baker

Some background to our decision to publish this article independently is in order. First, neither of us is under pressure to publish at all. Attila is a professional translator whose career would hardly benefit from a scholarly publication, and may even be negatively impacted by a publication that is critical of a very well connected organization, generally considered by most of his peers as beyond reproach. Apart from having numerous other publications to her name, Mona is now semi-retired and is under no obligation to produce further scholarly work. Both only take the trouble to research and publish because they believe they have something worthwhile and original to say, a view confirmed by several reviewers for two quite different journals, as detailed below.

This article was first submitted in September 2018 to Palgrave Communications – Nature, an online, open access, interdisciplinary journal established in January 2015 and published by Palgrave McMillan and Springer Nature. Two of the three reviews commissioned by Palgrave were positive and provided very helpful feedback that was taken on board during the revision stage. The third review was negative in ways that were inconsistent with our own view of research, as we pointed out in our response. The journal editors clearly had a similar view of research to the third reviewer and raised the same issues again in response to our revised submission. At that point we decided to withdraw the article because we could not agree or pretend to agree with their approach to research, which we believed was too biased towards the social sciences.

We then submitted the revised article to The Translator in May 2019, and again received two very positive reviews and one negative review, this time very brief and dismissive. The two reviewers who recommended publication and whose feedback has been largely incorporated in the version we are publishing here, described the research in the following terms: “original”, “timely”, “extremely relevant, empirically based contribution”, “the argument is convincing and has depth”, “groundbreaking”, “a carefully argued, evidence- based contribution to sociological and ethical dimensions of translation”, “an original, compelling and on occasion provocative piece”. One reviewer stressed that it “should be published soon so that it may speedily address the broad and interdisciplinary audience of research on digital platform capitalism, volunteering, international organizations, civic participation and social movements to which it contributes”.

Nevertheless, the article in the end could not be published in The Translator. This is due to a (well-intentioned) suggestion by one reviewer to the effect that the legal department of Routledge might be consulted in case our ‘robust’ critique of Translators Without Borders (TWB) results in a backlash of some kind. The editors, who have acted professionally and have been very supportive throughout, felt obliged to act on this suggestion and passed the query onto the legal department, which did not in the end come back with a decision either way. This kind of limbo and indecision are typical of legal departments that are more averse to any form of risk than to the loss of one article which, from their point of view, is neither here nor there. Rather than lose more time waiting for a decision that is unlikely to be taken in the foreseeable future, we decided there was no benefit to be accrued from further delays: this debate needs to be initiated now. We appreciate that our critique – and our methodology – will not be to everyone’s taste, but hope that colleagues will engage with it in good faith, and with the best interest of translators and others exploited by the platform economy at heart.

This version of the article has benefited from the valuable suggestions of four reviewers and the journal editors of both Palgrave Communications and The Translator. We are grateful for their professionalism and genuine engagement with our work.

The Ethics of Volunteerism in Translation

Translators Without Borders and the Platform Economy

Volunteerism is widespread in the translation sector, but the practices associated with it and its ethical import have so far received very little critical attention. This article critiques one of the most high profile beneficiaries of volunteer translation, Translators without Borders, which presents itself as a charity but operates as a corporate concern, with a leadership composed primarily of major industry players. TWB adopts an asset-centred, platform-based, top-down model that offers massive scaling possibilities and reflects a corporate vision of the translation community. It provides a clear example of the wider shift from artisanal to industrial to platform economy as it plays out in the translation field. To demonstrate the potential for volunteer translation to be situated within a more solidary and equitable context and provide an example of one possible alternative to the platform-based paradigm, we discuss the practices of another humanitarian NGO, Solidarités International, which runs a paid internship programme and adopts a small-scale, peer-based, horizontal model with a strong focus on early-career translators. We ask who ultimately benefits from the exploitation of free labour and focus on identifying practices that enhance or jeopardize the professionalization and stature of the translators involved. We further discuss how the linguistic assets produced by volunteer translators can generate saleable intellectual property and how this can lead to conflicts of interest and support patterns of inequality in the wider social context.