[New Publication] Shifting characterizations of the ‘Common People’ in modern English retranslations of Thucydides’ History of the Peloponnesian War: a corpus-based analysis 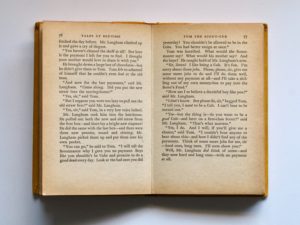 Shifting characterizations of the ‘Common People’ in modern English retranslations of Thucydides’ History of the Peloponnesian War: a corpus-based analysis

Henry Jones
Palgrave Communications volume 5, Article number: 135 (2019)
https://doi.org/10.1057/s41599-019-0348-0
Abstract
Little research has yet explored the impact of (re)translation on narrative characterization, that is, on the process through which the various actors depicted in a narrative are attributed particular traits and qualities. Moreover, the few studies that have been published on this topic are either rather more anecdotal than systematic, or their focus is primarily on the losses in character information that inevitably occur when a narrative is retold for a new audience in a new linguistic context. They do not explore how the translator’s own background knowledge and ideological beliefs might affect the characterization process for readers of their target-language text. Consequently, this paper seeks to make two contributions to the field: first, it presents a corpus-based methodology developed as part of the Genealogies of Knowledge project for the comparative analysis of characterization patterns in multiple retranslations of a single source text. Such an approach is valuable, it is argued, because it can enhance our ability to engage in a more systematic manner with the accumulation of characterization cues spread throughout a narrative. Second, the paper seeks to move discussions of the effects of translation on narrative characterization away from a paradigm of loss, deficiency and failure, promoting instead a perspective which embraces the productive role translators often play in reconfiguring the countless narratives through which we come to know, imagine and make sense of the past, our present and imagined futures. The potential of this methodology and theoretical standpoint is illustrated through a case study exploring changes in the characterization of ‘the common people’ in two English-language versions of classical Greek historian Thucydides’ History of the Peloponnesian War, the first produced by Samuel Bloomfield in 1829 and the second by Steven Lattimore in 1998. Particular attention is paid to the referring expressions used by each translator—such as the multitude vs. the common people—as well as the specific attributes assigned to this narrative actor. In this way, the study attempts to gain deeper insight into the ways in which these translations reflect important shifts in attitudes within key political debates concerning the benefits and dangers of democracy.
https://www.nature.com/articles/s41599-019-0348-0
Spread the love