[New Publication] Chinese-dialect film and its translation: A case study of The World (2004) by Dang Li 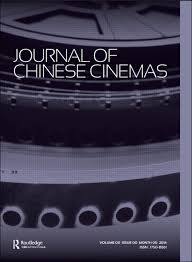 A member of Jiao Tong Baker Centre, Dang Li’s article entitled ‘Chinese-dialect film and its translation: A case study of The World (2004)’ is now published online in the Journal of Chinese Cinemas.

Over the past few decades, China has produced a significant number of films that use dialect. Many of them have been screened in international film festivals or have been distributed in different countries. Focusing on Chinese-dialect films, this paper examines how dialects in such films are used to represent a reality often masked by a mainstream, Putonghua discourse; and how Chinese-dialect films travel cross-culturally through audiovisual translation. To address these questions, I use a case study The World (2004), a multilingual film made by Jia Zhangke, China’s most prominent art house director known for his consistent and ubiquitous use of dialects. Adopting a descriptive perspective, the case study investigates the multilingual elements of the original and translated film. It mainly focuses on the strategies adopted by the translator when dealing with multilingualism in the film, and the effects of such strategies on character and plot development in the translated version.