[New publication] The Journal of Internationalization and Localization , Volume 5, Issue 1, 2018

The Journal of Internationalization and Localization 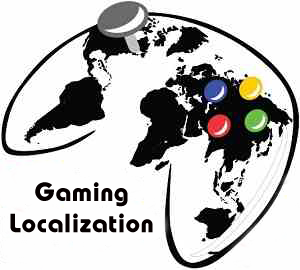 JIAL addresses an interdisciplinary readership in that it focuses on contributions that generate an impact on the localization and translation industry. A link between professionals and academics is assured by the specific content of the articles and the members of the editorial board. Each issue is reviewed by both academics and professionals.

John Benjamins Publishing Company is the official publisher as of Volume 3 (2016).

More information is available at: http://www.jbe-platform.com/content/journals/10.1075/jial.00011.ber

Abstract: In this article, a quality analysis model for video game localization is established. By focusing on the video games that originally come from Japan, the article proposes a model that can be useful for many types of video games. After reviewing the existing bibliography on quality analysis, the model is proposed and tested with promising results.

Harnessing the roar of the crowd: A quantitative study of language preferences in video games of French players of the northern hemisphere

Abstract: Through quantitative data analysis, this study explores the attitudes of gamers from different French-speaking locales (Belgium, France, Canada, and Switzerland) in relation to their language preference and opinions of translated material while playing video games. The intended goal is to develop a replicable methodology for data collection about the linguistic preferences of video game players. The research strategy is based on online questionnaires distributed to gamers through social media. The results highlight players’ level of satisfaction regarding the localisation of games and suggest that industry strategies put forward till recently may be rather inadequate. Linguistic preferences seem to vary within locales based on factors such as English language proficiency and personal background. The results of this research may serve the implementation of new localisation strategies for video game products in French-speaking countries of emerging markets or other multinational languages.

When a robot understands Brazilian Portuguese

Abstract: This paper sets out to highlight some of the complexities involved in the game localization process by presenting a case study centered on the educational game Ludwig. It was released in Austria in 2011 just in German and later, due to its success, it was later localized into English, Brazilian Portuguese, Chinese and Japanese. The case study focusses on the localization of the language pair English-Brazilian Portuguese and the theoretical framework relies on the notion of Paratranslation ( Yuste Frías 2012 ).

Creativity and playability in the localisation of video games

Abstract: Creativity is one of the most highly debated topics in translation not only because of how it relates to authorship but also because of the unavoidable cultural ramifications and the business implications for all the parties involved. Identifying the parameters within which creative translation operates in entertainment media requires a complex process that comprises a large amount of variables beyond the linguistic ones. Semiotics is suggested as a robust analytical tool to study the layering of meaning-making in entertainment products, in other words, their polysemioticity. Multimedia interactive entertainment software (MIES), a. k. a. video games, adds levels of complexity never seen before in translation due to their functional requirements. In order to identify the features that separate other entertainment products from MIES, this article analyses also the translation of novels, comics and films. The concept of playability is utilised as a way of isolating the pragmatic challenges of video game localisation.