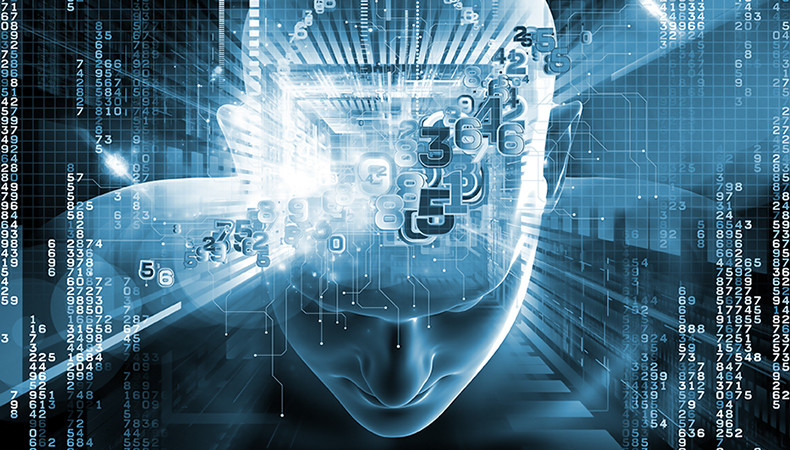 The correct interpretation of Multiword Units (MWUs) is crucial to many applications in Natural Language Processing but is a challenging and complex task. In recent years, the computational treatment of MWUs has received considerable attention but there is much more to be done before we can claim that NLP and Machine Translation (MT) systems process MWUs successfully.

This volume provides a general overview of the field with particular reference to Machine Translation and Translation Technology and focuses on languages such as English, Basque, French, Romanian, German, Dutch and Croatian, among others. The chapters of the volume illustrate a variety of topics that address this challenge, such as the use of rule-based approaches, compound splitting techniques, MWU identification methodologies in multilingual applications, and MWU alignment issues.

This paper describes an in-depth analysis of noun + verb combinations in Spanish-Basque translations. Firstly, we examined noun + verb constructions in the dictionary, and confirmed that this kind of MWU varies considerably from language to language, which justifies the need for their specific treatment in MT systems. Then, we searched for those combinations in a parallel corpus, and we selected the most frequently-occurring ones to analyse them further and classify them according to their level of syntactic fixedness and semantic compositionality. We tested whether adding linguistic data relevant to MWUs improved the detection of Spanish combinations, and we found that, indeed, the number of MWUs identified increased by 30.30% with a precision of 97.61%. Finally, we also evaluated how an RBMT system translated the MWUs we analysed, and concluded that at least 44.44% needed to be corrected or improved.

How do students cope with machine translation output of multiword units? An exploratory study

In this chapter, we take a closer look at students’ post-editing of multiword units (MWUs) from English into Dutch. The data consists of newspaper articles post-edited by translation students as collected by means of advanced keystroke logging tools.

We discuss the quality of the machine translation (MT) output for various types of MWUs, and compare this with the final post-edited quality. In addition, we examine the external resources consulted for each type of MWU. Results indicate that contrastive MWUs are harder to translate for the MT system, and harder to correct by the student post-editors than non-contrastive MWUs. We further find that consulting a variety of external resources helps student post-editors solve MT problems.

Multilingual Information Extraction requires significant Multiword Expressions (MWE) processing as many such items are multiwords. The lexical representation of MWEs supports large bilingual lexicons (for Persian, Pashto, Turkish, Arabic); multiwords are represented like single words, extended by two annotations: MWE head, and lemma plus part of speech for the MWE parts. In text analysis, MWEs are recognised as part of the parsing process, mot as pre- or post-processing components. The analysis design extends the X-bar scheme by a level for multiword rules. In transfer, MWEs are translated as elementary nodes like single word lemmata, to present key concepts for relevance judgement in Information Extraction. Evaluation shows that 90% of the MWE patterns in the lexicon can be analysed with about 150 MWE-specific rules, and that more than 90% of text document tokens are covered by the proposed integrated single and multiword processing.

A multilingual gold standard for translation spotting of German compounds and their corresponding multiword units in English, French, Italian and Spanish

This article describes a new word alignment gold standard for German nominal compounds and their multiword translation equivalents in English, French, Italian, and Spanish. The gold standard contains alignments for each of the ten language pairs, resulting in a total of 8,229 bidirectional alignments. It covers 362 occurrences of 137 different German compounds randomly selected from the corpus of European Parliament plenary sessions, sampled according to the criteria of frequency and morphological complexity. The standard serves for the evaluation and optimisation of automatic word alignments in the context of spotting translations of German compounds. The study also shows that in this text genre, around 80% of German noun types are morphological compounds indicating potential multiword units in their parallel equivalents.

As compounds pose a problem for applications that rely on precise word alignments, we developed a state-of-the-art compound splitter for Dutch that makes use of corpus frequency information and linguistic knowledge. Domain-adaptation techniques are used to combine large out-of-domain and dynamically compiled in-domain frequency lists. As compounds are not always translated compositionally, we developed a novel methodology for word alignment. We train the word alignment models twice: a first time on the original data set and a second time on the data set in which the compounds are split into their component parts. Experiments show that the compound splitter combined with the novel word alignment technique considerably improves bilingual terminology extraction results.

This paper outlines a methodology and a system for collocation retrieval and translation from parallel and comparable corpora, developed with translators and language learners in mind. It is based on a phraseology framework, applies statistical techniques, and employs source tools and online resources. The collocation retrieval and translation has proved successful for English and Spanish and can be easily adapted to other languages. The evaluation results are promising and future goals are proposed. Furthermore, conclusions are drawn on the nature of comparable corpora and how they can be better exploited to suit particular needs of target users.

Grounded in phraseology and corpus linguistics, this paper aims to explore the use of bilingual lexical bundles to improve the degree of naturalness and textual fit of translated texts. More specifically, this study attempts to identify lexical bundles, that is, recurrent sequences of 3–7 words with similar discursive functions in a purpose-designed comparable corpus of English and Polish patient information leaflets, with 100 text samples in each language. Because of cross-linguistic differences, we additionally apply a number of formal criteria in order to filter out the bundles in each subcorpus. The results show that bilingual lexical bundles with overlapping discourse functions in texts and extracted from comparable corpora hold unexplored potential for machine translation, computer-assisted translation and bilingual lexicography.

The quest for croatian idioms as multiword units

Idiomatic expressions are types of MWUs in which the meaning of the unit does not equal the cummulative meaning of its parts. They are culturally dependent, so the translation cannot be inferred from the expression itself. Croatian language has a very rich idiomatic structure. A few such expressions can be understood in direct translation but most are different from the literal translations. As the idioms are rooted in the tradition of the language and society from which they hail, they need special treatment in computational linguistics. Using NooJ as an NLP tool, we describe different types of Croatian idioms that will help us recognize them in texts. Idioms recognition should be given special treatment, being the major task in translation.

Corpus analysis of croatian constructions with the verb doći ‘to come’

This paper presents a corpus-based analysis of constructions consisting of the verb doći ‘to come’ followed by the prepositions do ‘to’ or na ‘onto’ and a noun. Croatian lexicography mainly describes the verb doći as an intransitive verb of motion. Other uses of this verb are listed in the idioms section. This paper will address the association between the verb-preposition constructions and nouns that follow them. The paper will take frequency data into consideration and attempt to distinguish between primary and additional meanings of constructions doći do ‘to come to’ and doći na ‘to come onto’. The research will be based on hrWaC 2.0 (Croatian Web Corpus, Version 2), the Croatian National Corpus and the Croatian Language Repository corpora.

Collocation identification and anaphora resolution are widely recognised as major issues for natural language processing, and particularly for machine translation. This paper focuses on their intersection domain, that is verb-object collocations in which the object has been pronominalised. To handle such cases, an anaphora resolution procedure must link the direct object pronoun to its antecedent. The identification of a collocation can then be made on the basis of the verb and its object or its antecedent. Results obtained from the translation of a large corpus will be discussed, as well as an evaluation of the precision of the anaphora resolution procedure for this specific task.

Ruslan Mitkov: I completed my university degree at Humboldt University, Berlin, Germany where I studied from 1974 to 1979. I was privileged to have as my doctoral supervisor one of the pioneers of the German Computer Science, Prof Dr Nikolaus Joachim Lehmann at the Technical University of Dresden where I received my PhD on 9 January 1987, Germany. I joined the University of Wolverhampton on 2 October 1995. Since 1997, I am Professor of Computational Linguistics and Language Engineering and the same year I founded the Research Group in Computational Linguistics which I have led ever since. I am Director of the Research Institute for Information and Language Processing which consists of two internationally renowned research groups – Statistical Cybermetrics Research Group led by Prof. Mike Thelwall and the Research Group in Computational Linguistics. Prior to coming to Wolverhampton, I was Research Professor at the Institute of Mathematics, Bulgarian Academy of Science. I was also Fellow of the Alexander von Humboldt Foundation in 1993, and 1994, at the Saarland University and University of Hamburg. I was awarded Doctor Honoris Causa from Plovdiv University in 2011 and Professor Honoris Causa from Veliko Tarnovo University in 2014. [https://www.wlv.ac.uk/research/institutes-and-centres/riilp—research-institute-in-information-and-lan/research-group-of-computational-linguistics/staff-at-rgcl/professor-mitkov/]

Johanna Monti is Associate Professor of Modern Languages Teaching at the “L’Orientale”University of Naples. She was the Computational Linguistics Research manager of the Thamus Consortium (Italy). She received her PhD in Computational Linguistics at the University of Salerno, Italy. Her research activities are in the field of hybrid approaches to Machine Translation and NLP applications. (https://www.researchgate.net/profile/Johanna_Monti)

Gloria Corpas Pastor is Professor of Translation and Interpreting of the University of Malaga (Spain), Visiting Professor in Translation Technologies at the Research Institute of Information and Language Processing (University of Wolverhampton) and Head of the Research Group in Translation and Lexicography (Lexytrad). She has been actively involved in the development of the EN 15038:2006 as an AEN/CTN 174 and CEN/BTTF 138 Spanish delegate. She is a Spanish expert for the future ISO Standard (ISO TC37/SC2-WG6 “Translation and Interpreting”). She acts as a Ministry advisor on the Bologna Process via the Spanish Agency ANECA. Prof. Corpas’s research fields range from technical translation & ICTs to phraseology (member of the Advisory Council of Europhras), corpus linguistics and corpus-based translation (2007 Translation Technologies Research Award), and lexicography (1995 Euralex Verbatim Award). She has published a wide collection of papers in both national and international journals, and is author and editor of several books. Her Manual de fraseología española (Madrid, Gredos) has been a reference in the field since 1996. [http://www.europhras2015.eu/shortbiogloria]