Perspectives 26 (4), Special Issue in ‘Topics and Concepts in Literary Translation’ 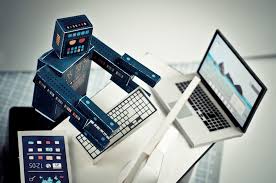 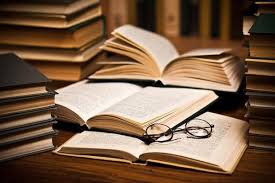 Introduction by Roberto A. Valdeón

Abstract: This brief article serves to introduce the papers selected for the special issue devoted to topics and concepts in literary translation. The texts study a variety of languages (including English, Spanish, Italian, Chinese, French, Japanese, Dutch, German and Swedish), use a wide range of approaches (quantitative review of literary translations; transfictional approaches to translation; a review of concepts such as paratexts, intralingual translation, intertextuality and retranslation; and so on) and aim to expand on existing debates on translation and translation studies as a discipline. It is hoped that at least some of them will promote further debate.

Voices from the periphery: further reflections on relativism in translation studies

Abstract: This paper critiques the relativist and post-colonialist view that blames the under-representation from peripheral cultures in international translation studies on Eurocentric biases. Western scholars who propound such a view underestimate the difficulties faced by scholars working in peripheral cultures, where freedom of information and of speech is often limited, non-conformity is discouraged, and the Western academic repertoire is not entirely available or acceptable. Their accusation that non-Western scholars who accept Western repertoires have drifted away from their cultural predecessors shows a lack of understanding of peripheral cultures. While Western relativists think that they are speaking on behalf of peripheral cultures, many scholars in peripheral cultures reject cultural relativism as a selfish, reactionary theory that justifies the refusal to help the weak, and see it as their duty to become cultural and academic dissidents striving to create new traditions. Radical relativists and post-colonialists in Western translation studies are Eurocentric in their criticisms of non-Western scholars. They are also guilty of ‘discipline-centrism’, by borrowing theories simplistically from central disciplines to edge out theories indigenous to translation studies itself, thus leading the discipline back to normativism and perpetuating its peripheral position in the humanities.

Reterritorialization and aesthetic transformations: the case of Tony Harrison’s Phaedra Britannica and The Misanthrope

Abstract: This article analyses the impact of reterritorialization on classics of the stage. After reflecting on some particularities of classical works, the article focuses on The Misanthrope and Phaedra Britannica by British poet Tony Harrison, the first and rare successes of Molière, and particularly Racine on the Anglo-Saxon stage. It compares the main aesthetic features of Molière’s and Racine’s works with the modernizations operated by Harrison, and comments on the relevance of the historical and geographical transfer as a domestication strategy. While reterritorialization strategically includes the spectator, it does so not without a major impact on certain characteristics of seventeenth-century French theatre. The fact that the plays have a strong aesthetic identity makes the transformations striking. Indeed, what makes up the identity of classical French theatre, namely the unity of action, characterization, passions and, more generally, the nature of comedy and tragedy, is transformed by reterritorialization. Also dependent on reterritorialization, dramatic language, notably rhythm, semantics and versification, is metamorphosed. These two case studies on the impact of historical and geographical transfer shed light on the points of disparity between classical French theatre and expectations of the modern English audience, and help to address other reterritorialized adaptations of classics.

Lieven D’hulst & Heleen van Gerwen
Abstract: ‘Landscape’, ‘space’ and ‘directionality’ are metaphors that have become widely accepted in the humanities, including translation studies. This contribution focuses on translation and transfer directionality, a metaphor that covers a broad and complex range of techniques, actions, places and policies, beyond the supposed one-way process of bridging languages. It provides building blocks for a comprehensive study of translation and transfer directions and presents the results of a pilot study devoted to nineteenth-century Belgium, a young, multilingual entity that has elaborated a sophisticated and influential network of translation and transfer directions in the legal and administrative domains. The detailed account of these directions reveals that translation issues have penetrated to the core of social, political and cultural life, addressing questions of representative democracy, language standardization, language equality, cultural identity and citizenship.

Separated by the same language: Intralingual translation between Dutch and Dutch

From Nuoro to Nobel: the impact of multiple mediatorship on Grazia Deledda’s movement within the literary semi-periphery

Cecilia Schwartz
Abstract: This study aims to highlight the impact of multiple mediatorship on transnational circulation by focusing on the Italian Nobel Laureate Grazia Deledda. Drawing on two previous studies, I argue that a combination of field theory and social network analysis is a fruitful way of understanding how multiple mediatorship is performed in the semi-peripheral areas of world literature. The analysis shows that Deledda’s success in Sweden depended neither on the translation of her work into central languages (English, French, German) nor on the support of single influential mediators in the target culture, but rather on the efforts of three interconnected networks of cultural mediators linking Sweden and Italy. These networks are identified, described and analyzed in order to obtain a better understanding of the features that are crucial to creating successful connections in the literary semi-periphery.

The tacit influence of the copy-editor in literary translation

Kristina Solum
Abstract: This article examines the influence of the copy-editor in Norwegian literary translations by means of quantitative analysis and a sociological approach inspired both by Latour’s actor-network theory and Bourdieusian sociology. The aim of the article is to determine how many changes copy-editors propose in a set of 13 novels translated into Norwegian from English and Romance languages and how many changes the translators accept. The results are subsequently related to the source language of the translations, the genre of the books and the experience of the translators. According to my findings, translators accept a high number of the proposed changes when the quality of the copy-editing is good. I argue that rather than reflecting a subservient disposition towards the publisher, these findings show that proper copy-editing is both expected and welcomed by literary translators and understood as an obligation the publisher has towards the translator.

The beginnings of literary translation in Japan: an overview

Huanyao Zhang & Huijuan Ma
Abstract: A retranslation of a given text can be produced with an awareness of a pre-existing translation in the same target language. The results are textual similarities and/or differences between the retranslation and its predecessor. These similarities and/or differences attest to a textual relationship between the two (re)translations. This paper refers to this relationship as ‘the intertextual relationship between (re)translations’ and these textual similarities and differences as ‘intertextuality in retranslation’ (IR). By comparing three English versions of a Chinese short story, ‘Kong Yiji’, this paper intends to shed light via a practical analysis of the intertextual relationship between (re)translations and display how to identify two types of IR, i.e. ‘filiation’ and ‘dissidence’, in real texts, particularly (re)translations of literary classics. The study finds that, despite the absence of paratexts indicating their extratextual ties, the identified instances of IR between the three versions of ‘Kong Yiji’ suggest that the earliest version played an important role in the production of the later two.

Reconstructing cultural identity via paratexts: A case study on Lionel Giles’ translation of The Art of War

Tian Luo & Meifang Zhang
Abstract: As a classic military text in China, Sun Tzu’s The Art of War has been translated into multiple languages, thus facilitating its impact on Western strategic culture. However, there has been little research on the reconstruction of cultural identity and paratexts in these translations. To address this issue, the present paper provides a descriptive case study of Giles’ English translation of The Art of War. It first proposes a framework based on the theoretical discussions of cultural identity and paratext in translation. The data in this study is drawn from a self-built parallel corpus. This study finds three methods – supplementation, comparison and evaluation – used in the paratexts to reconstruct a respectable Chinese strategic culture. It also reveals that Giles’ nonethnocentric approach to translation contributed to the warm reception of The Art of War in Western strategic culture. Our study suggests that paratexts can provide an empowering platform for translators in their reconstruction of cultural identities, and nonethnocentric translations are helpful in accomplishing the goal of successful cross-cultural communication.

Who said what? Translated messages and language interpreters in three texts by Javier Marías and Almudena Grandes

Marta Pérez-Carbonell
Abstract: Through the comparison of two short stories and a novel, this article examines the transgression of the deontological code of language interpreters in the fictional realm. The three literary works that will be analysed portray unusual situations in which interpreters show different levels of faithfulness to the source text, producing very different outcomes across the different stories. This article will consider Walter Benjamin’s views on the afterlife of the message and Mikhail Bakhtin’s dialogism in order to examine these transgressions and their implications, exploring, throughout analysis of the fictional texts, notions such as the independence of the target text from the source text and the ownership of messages. Framed within the studies on ‘transfiction’, this analysis will focus on three Spanish literary texts by two well-established contemporary writers: Javier Marías and Almudena Grandes.