In a world in which forced human displacement is steadily increasing, cross-linguistic and cross-cultural communication proves to be critical between those people who are persecuted on grounds of ethnicity, religion, nationality, sexual orientation or political beliefs and the public service providers of those places in which the former have applied for international protection. This is why the Interglosia research group of the University 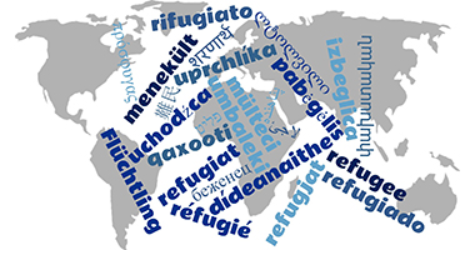 Pablo de Olavide of Seville (Spain) is pleased to announce the I International Conference Cross-Linguistic and Cross-Cultural Communication for Asylum Seekers and Refugees (CIICAR), which will be held at this university on the 10th and 11th of October, with the aim of sharing and fostering experiences in this field from diverse perspectives (theory, professional practice, ethics, training…) and diverse contexts, including institutional and nongovernmental settings.

The academic programme will comprise plenary sessions on specific problems and perspectives in relation to cross-linguistic and cross-cultural communication for asylums seekers and refugees, round tables and communications. Those who are interested in participating as speakers are encouraged to submit their proposals (abstracts of no more than 300 words in one of the languages of the conference, i.e. Spanish, English or French) by the 30th June to  ciicar2018@upo.es The organizing committee will notify acceptance or refusal of proposals by 15th July.

After the conference, papers will be disseminated in an edited volume published by Editorial Comares, one of most prestigious academic publishers in Spain, after due peer review process.