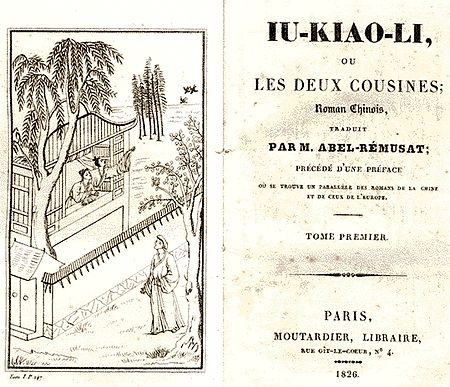 Classical Chinese novels play a unique and prominent role in the history of Chinese literature, particularly towards the end of the pre-modern period, when “xiaoshuo (for want of a better equivalent in English, novel)” matured and prospered as a genre in the Ming dynasty and Qing dynasty. Due to multifarious factors such as the circulation pattern of novels, technical limitation of printing, and at times, literary censorship, practically all classical Chinese novels have more than one version. This plurality of texts, on the one hand, enriched the textual history of novels in China; while on the other hand, it significantly complicated the translation landscape when classical Chinese novels were introduced to the outside world.

Translation of a text across linguistic, cultural and geographical borders always bear the imprints of the ideology of the translator, the socio-cultural features of the target context, and most likely, the negotiation and compromise between the various agents and/or patrons involved such as the commissioner, the translator and the publisher, whose powers are, more often than not, imbalanced. And these can usually be best uncovered by scrutinising not the translated texts, but the paratexts of translations: prefaces, correspondence between the agents and/or patrons, interviews, reviews, and publisher’s public archives, etc.

Research on the translation of classical Chinese novels has been increasing in recent years, and is developing into a multi-disciplinary area. The editors of the proposed Special Issue of Translation Horizons would welcome proposals for essays that explore the following areas, and other related topics:

Historical studies: At what historical moment was a classical Chinese novel translated into a particular language? And what are the socio-cultural motivations? Is the choice of such texts isolated cases or does it represent a historical trend? How has the plurality of source texts been dealt with and what are the implications of such choices?

Comparative studies: If there are more than one translation of a novel into a particular language, in what ways are they similar to, or different from each other, in terms of textual and paratexutal features, translatorial orientations, and reception by readers?

Contextual studies: Why have there been retranslations of the same novel? Are the reasons for retranslation temporal, historical, political, personal or commercial? Are the considerations of a translator of a retranslation mainly linguistic, cultural or even academic?

Theoretical studies: Are there any patterns observable from the history of retranslations of classical Chinese novels? Are these in line with or in opposition to the retranslation hypothesis proposed by Antoine Berman?

Paratextual studies: What are the roles of paratexts such as book covers, prefaces, interviews, book reviews, correspondence and archives in the study of translations, translators and/or the other agents?

Methodological studies: How can the texts, paratexts and contexts of translations of classical Chinese novel be most effectively examined and studied?

Ontological studies: The Chinese terms and their translations. In the case of xiaoshuo, does xiao suggest false modesty, meaning content of lesser consequence (even trivial) compared say to daxue, the study of important matters, i.e., state and social relations, the focus of the Lunyu? And shuo as casual informal conversational written story-telling? Yanyi, zhuan, jian (mirror), ji would be contrasting ways to describe a narration. The Hongloumeng itself has characters who question the value of reading such narrations. Do you think the title Hongloumeng has been correctly translated? Does hong modify lou or meng?

Articles will be 6000–8000 words in length, in English (including notes and references); however, the translated texts on which the proposed papers are based could be in any language.

Abstracts of 400-500 words should be sent to the guest editors at lintao.qi@monash.edu and moss.roberts@nyu.edu.

30 June 2018: deadline for submitting abstracts to the guest editors

31 August 2018: deadline for decisions on abstracts

Translation Horizons is biannual, peer-reviewed journal focused on disseminating scholarly research relevant to translation and interpreting. The inaugural issue of the journal was released in May 2016. It is edited by the Center for Translation Studies of the School of English and International Studies, Beijing Foreign Studies University, and published by Foreign Language Teaching and Research Press. It is abstracted and indexed in Translation Studies Bibliography (TSB) and CNKI.

The Journal publishes in every issue eight research articles, one book review and one interview. Articles should be submitted to bfsuwts@163.com. For more information, please visit http://translationhorizons.com/.

About the guest editors

Having completed his bachelor’s, master’s, and Ph.D degrees at Columbia University, Moss Roberts has been a professor in NYU’s Department of East Asian studies since 1968. He has released dozens of publications on Asian language and culture, including multiple books and translations. He currently teaches courses on East Asian civilization and serves as the Director of Undergraduate Studies.