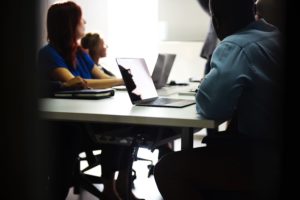 Retranslation is essentially “the act of translating a work that has previously been translated into the same language” and “the result of such an act, i.e. the retranslated text itself” (Tahir Gürçağlar, 2009: 233). Research in this field has expanded considerably since the “Retranslation Hypothesis” was proposed in the 1990s, and the 4th International Conference on Retranslation in Context at Comillas Pontifical University Madrid on 23-24 May 2019 aims to take stock of the evolution of this field of studies and provide a space for future proposals, offering a broad platform to discuss retranslation both in theory and in practice by maintaining and building upon the academic tradition of the previous Retranslation in Context conferences organized at Boğaziçi University Istanbul (2013 and 2015) and Ghent University (2017).

Academic discussion of literary retranslation can initially be retraced to 1990, when Bensimon and Berman edited a special issue of Palimpsestes on “Retraduire”, and therein raised some of the fundamental research questions in what has come to be to known as “retranslation theory” (Brownlie, 2006). Nevertheless, despite the considerable corpus of retranslations that is theoretically available for research purposes, this field has only quite recently developed into a burgeoning and dynamic area of Translation Studies. Thus, the term “Retranslation” was added to the second edition of the Routledge Encyclopedia of Translation Studies in 2009 along with Koskinen & Paloposki’s chapter in the Handbook of Translation Studies (2010). More recently, Deane-Cox (2014) devoted a monograph to the topic of literary retranslation, Target published a special issue on “Voice in Retranslation” in 2015, edited by Alvstad and Assis Rosa, and Cadera and Walsh (2017) have also recently edited a volume that focused specifically on Literary Retranslation.

Despite this gradual increase in research on this topic, it is still valid to recall the words of Paloposki and Koskinen, who suggested that retranslation is “a field of study that has been touched from many angles but not properly mapped out, and in which there exist a number of intuitive assumptions which have not been thoroughly studied” (2010, 30-31). Therefore, the 4th International Conference Retranslation in Contexts seeks to bring together researchers from multidisciplinary backgrounds to try to advance in a rigorous and comprehensive approach to the theory and practice of retranslation.

Other key issues that we propose for discussion at the Conference include the historical context of translational norms, ideological turns, the translator’s agency and the relationship between retranslation and intertextuality. Retranslation can frequently reflect or even trigger a change in the linguistic, literary and intellectual milieu of the target culture and, therefore, research into this phenomenon may reveal an implicit social conflict or struggle among cultural agents who use retranslation to achieve their own personal, cultural or ideological objectives. Moreover, although the hegemonic object of studies into retranslation has hitherto been the translation of literary and/or sacred texts, there is also an increasing interest in retranslations of other text types in different media, as the role of retranslation in the dissemination of knowledge and the transfer of new ideas and concepts is becoming increasingly evident.

Therefore, we invite proposals for 20-minute papers addressing diverse aspects of Retranslation. Suggested topics include, but are by no means limited to, the following:

Please send abstracts of no more than 300 words, in English or Spanish including a short bio note (max. 150 words) to retranslation4@comillas.edu by 30 September 2018.

Selected contributions from the conference will be included in an edited volume.