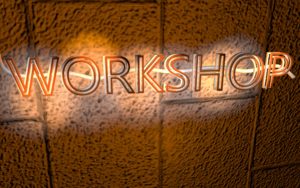 This workshop – aimed at both established and aspiring legal translators working from German into English and English into German – will boost your knowledge about German and English contracts and improve your translation skills in this field.

During the session, you will:

Have put theory into practice, identified and discussed legal translation problems in specific language direction, based on a short contract

Angela Sigee is a fully qualified German lawyer who practised as a solicitor in Germany before moving to the UK and setting up as a freelance legal translator in 1997. Born into an Anglo-German family in Germany, she is fully bilingual and completed her entire education in Germany. In addition to her translation work, she has been giving talks on legal translation for various universities and fellow translators since 1998 and ran English> German translation workshops for the now-defunct MA in Legal Translation at City University from 2008 to 2013. She is a MITI and currently one of the two training and event organisers of the North-West Translators’ Network (NWTN).

Rebecca Smith is a German to English and French to English translator specialising in law. She originally did a joint honours degree in Law and German before going on to qualify and practise as a solicitor in Northamptonshire and Leicester. Realising that she missed working with languages, Rebecca went back to university to do an MA in Translation in a European Context and set up as a freelance translator in 2006. She has been a MITI since 2014. In addition to translation, Rebecca has done some teaching on the Practical Translation module for final year undergraduates and MA students at Aston University.