[New Publication] Alif: Journal of Comparative Poetics – Translation and the Production of Knowledge(s) 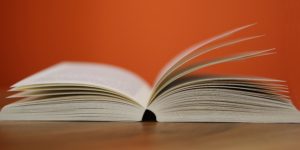 Alif: Journal of Comparative Poetics, published by the American University in Cairo, has released its 38th issue (2018)

Translation and the Production of Knowledge(s)

The point of departure for this special issue of Alif is that knowledge is “produced” rather than “discovered,” and that translation is a core mechanism for the production and circulation of all forms of knowledge. With very few exceptions, the intimate connection between translation and the mediation of knowledge has received relatively limited attention in translation studies to date, and even less in other areas of the humanities that one would expect to engage with this topic extensively. Therefore, this special issue contributes to shattering this illusion by presenting a wide range of case studies that demonstrate the complexity of translation and the variety of ends that it can be made to serve. Far from a disinterested practice that merely “transfers” different types of knowledge between cultural groupings with equal power and resources, the studies presented here reveal that translation creates traditions and narratives that actively shape the world for us.

The Battleground of Translation: Making Equal in a Global Structure of Inequality (Interviewed by James St. André)

Translation and Identity (Introduced and Interviewed by Samia Mehrez)

The American University in Cairo