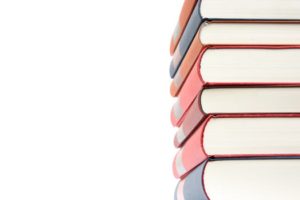 People who move to other countries may do so for different reasons: some may like to improve the languages they know or experience new cultures, others strive for better work opportunities to improve their lives. Be they from developed or developing countries, these people can lead to the creation of more dynamic societies that reflect today’s globalised world. Multi-ethnic communities are becoming increasingly common, and their members often possess a bilingual (or even trilingual) background. They use code-switching and code-mixing to express and assert their bicultural identity (Monti 2016: 69). It is not surprising, therefore, that fictional representations of multilingualism in film, television and novels, which may involve not two but three or more languages, attempt to capture these phenomena, and “it matters relatively little in itself whether it is ‘national’, ‘dead’ or ‘artificial’ languages, slang, dialects, sociolects, or idiolects, that make up the multilingual sequences. What matters more is their textual inter-play” (Delabastita & Grutman 2005: 16; emphasis added). This multilingual inter-play can be used to convey conflict, character configuration, spatial opposition, mimesis, and suspense management. Most importantly, interlingual misunderstandings and mistranslations can be used for comic effect by bringing about what humour theorists would call an incongruity or conflict between different cognitive schemes (ibid 18-24).

Many scholars in Translation Studies have focused their attention on how heterolingual texts are translated (e.g. Delabastita 2002, Grutman 2006, Bleichenbacher 2008), but much more can certainly be done (Meylaerts 2006), especially when these fictional texts exploit multilingualism for humorous purposes (cf. Corrius & Zabalbeascoa 2011 and Zabalbeascoa & Voellmer 2014 on the translation of the third language in audiovisual texts and Dore forthcoming on the functional manipulation of audiovisual texts). As a matter of fact, in today’s hyper-politically correct world, the development of a heightened sensitivity may pose a series of challenges regarding how multilingual humour is created, processed and dealt with in translation. Hence, the present thematic issue aims to bring the following issues to the fore: How is multilingual humour created? What are the linguistic and cultural implications involved in creating multilingual humorous texts? What are the challenges multilingual humour poses to translators? Can the audience’s (supposed) perception and interpretation of these works influence their translation? Can any theoretical and methodological lessons be learnt from the investigation of these practices? If so, can such lessons be systematically conceptualised to enhance the translation of multilingual humorous texts?

Contributions are sought concerning, but not limited to, issues such as:

Notification of acceptance by: April 20th, 2018