[Call for Articles] Special issue of TTR: Traduction, Terminologie, Rédaction (to be published in 2019) 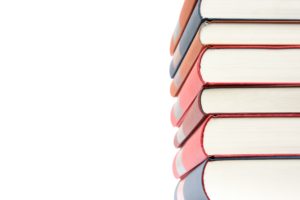 Call for articles – Special issue of TTR: Traduction, Terminologie, Rédaction (to be published in 2019)

What strikes the reader of academic essays on non-hegemonic languages and contexts is the abundance and variety of vocabulary that points at the precariousness of such a state: ‘minor,’ ‘minority,’ ‘minoritized,’ ‘small,’ ‘less-translated,’ and so on. In a way, this is the story of a Poor Little Rich Girl whose life was turned by a servant’s mistake—in our case, by a translation mistake, as Kafka’s kleine Literaturen was mistranslated as ‘minor’ (Casanova 2004) and came to lead Gilles Deleuze and Félix Guattari ‘astray’ (Larose 2009, Grutman 2016). Small may be beautiful, but minor is less (Folaron 2015). However, the apparent precariousness of minorness (for lack of a better term) is essential, as it translates into an infinite potential for affirmation and creativity: from unspeakability in Giorgio Agamben’s Homo Sacer (1998) or Julia Kristeva’s notion of the abject (1982) and from carnival in Mikhail Bakhtin’s concept of grotesque body (1993) or Georges Bataille’s notion of excess (1991), to the potentially revolutionary Body without Organs that embarks on various lines of flight (Deleuze and Guattari 1988) in order to escape sameness and embrace difference. In all its forms, the minor has the potential to be truly free: in becoming, in already and still being constructed, and as a way to acknowledge interstices and particularity, ethnic diversity, and cultural heterogeneity.

Resembling anything but semantic vacancy, we need to acknowledge that ‘minorness’ allows the casting of a wide net. In a globalized world, linguistic minorities are apparently set for extinction, with linguistic diversity plummeting at an unprecedented rate. In this respect, translation becomes a tool for their survival and inclusion, making it “crucial to understand the operation of the translation process itself as the continued existence of the language and the self-perception and self-confidence of its speakers are intimately bound up with translation effects.” (Cronin 1995) In the same globalized world, minor cultures are oftentimes judged in terms of economic influence, facing an unjust comparative bias. In this case, translation restores the balance, since small cultures are disproportionately important in terms of translation productivity; their contribution is much more relevant to translation studies than the limited contribution of ‘major’ contexts, which do not welcome translations in their cultures to the same extent. In the same globalized world, ‘minority’ is a central concept which implies resistance to the mainstream, to what is considered ‘normal’ or part of a dominant discourse. In this respect, translation makes the voices of minorities heard and attenuates the cultural sway they experience; and even helps them have an influence on the larger system that absorbed them (Pym 2013). Finally, in a world in which translation follows a novel politics of microspection and new regimes of attention (Cronin 2012; 2016), scholars need, we suggest, to capitalize on precariousness in order to become fully aware of the complexity of this world.

Many of the above-mentioned facets of non-hegemonic translation have been broached in 2016 and 2017 by presentations at the “Translation and Minority” conferences organized by the University of Ottawa’s School of Translation and Interpretation. In addition to those, we invite papers that dwell on the following possible themes:

We will pre-screen and retain fifteen contributions which are to be subsequently peer-reviewed. The deadline for submitting your 6000 to 8000-word article (excluding bibliography) in French or English is May 1, 2018. Please use the TTR Style Guide: https://retro.erudit.org//revue/documentation/guidelinesAuthorsTTR.pdf.

Submissions are to be sent by e-mail to Marc Charron and Raluca Tanasescu.

The Politics of Precariousness – Call for Publication