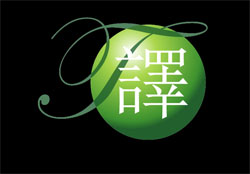 During the early Qing dynasty (17-18th century), the Jesuit Figurists, including Joachim Bouvet, Jean-François Foucquet, and Joseph de Prémare, espoused the view that symbols, figures, numbers, terms, and Chinese characters embedded in the Chinese classics proved that the Chinese people had believed in the God of Christianity since antiquity. Unlike Matteo Ricci and other Jesuits who were more accommodated to Confucianism, the first batch of Jesuit Figurists accommodated themselves to the Dao of the Yijing 易經 (the Book of Changes) and other Daoist classics. In their intra-lingual translations and handwritten Chinese manuscripts which they submitted to the Kangxi Emperor and the Chinese literati, they not only identified Tian 天 and Di 帝 as equivalent to the Deus of the West, but also demonstrated in their theological interpretation that the Dao was an alias for the Christian God. In their work, each Figurist traced an individual trajectory: Bouvet, the principal Figurist, was led by his intensive studies of the Chinese classics and his knowledge in mathematics; Prémare attended to sounds and dialects; Foucquet turned to astronomical and calendrical studies. Each of their individual journeys was a journey of unearthing God’s mystic messages out of the Chinese classics and drawing parallels between them and the Christian stories; in every way they could act the part of the Chinese literati for the purpose of proselytization. This talk will view each of these Jesuit Figurists in their different roles and construct a profile out of three separate aspects: their translations of the Yijing, their manuscripts discussing the Dao, and their translation activities and networks. The translations and commentaries written by each Figurist were greatly influential to European understanding and perception of Chinese religions and philosophies, and even influenced later translators of the Daoist classics. Previous scholarship has failed to adequately analyze this group of Jesuits, nor has it placed proper scholarly attention on their works. By re-assessing the Jesuit’s accommodation policy and reviewing their translations and commentaries, I will attempt to fill that gap and, furthermore, shed light on the roles these Jesuit Figurists/translators played within translation history.

Dr. Sophie Ling-chia Wei received her PhD from Department of East Asian Languages and Civilizations, University of Pennsylvania, in May, 2015. Her dissertation topic is “Trans-textual Dialogue in the Jesuit Missionary Intra-lingual Translation of the Yijing.” Presently she teaches translation and interpretation studies, as well as translation history, as an Assistant Professor at the Chinese University of Hong Kong. Her research interests include Jesuits’ translation of Chinese classics, Jesuits’ classical and vernacular use of Chinese languages, as well as Protestant missionaries’ translation of Chinese classics. Her doctoral dissertation is also going to be published in 2018.