Getting to the SISU by Public Transport

With excellent air links and rail and road networks, getting to Shanghai from overseas or within China has never been easier. Shanghai International Studies University (SISU) is well connected to public transport, walking distance from hotels and a vibrant downtown core, and easily accessible via car and cab.

1. From Airports to Minhang Campus of Shanghai Jiao Tong University by taxi

There are excellent taxi services from both airports to SISU Hongkou Campus. You’ll find taxis at the taxi rank outside the main terminal buildings (follow the signs within the airport). Ask for ‘Shanghai Wai Guo Yu Daxue, Hong Kou Qu’, or show the driver the following address in Chinese: 上海外国语大学虹口校区, 市大连西路550号. Although both Pudong International airport and Hongqiao airport offer access by train, bus, and shuttle into downtown Shanghai, Hongqiao is substantially closer to the Hongkou campus. Pudong is about 60 minutes by car / taxi (about 44 km, ¥150.00 / daytime taxi) and 120 minutes by public transportation to the Hongkou campus. Please visit Shanghai Pudong Airport website for more information about the airport facilities and services.

2. From Pudong Airport to SISU by Metro

Hongkou Football Stadium (where Shanghai Metro Line 3 and Line 8 cross) and Chifeng Road station (Line 3) are close to the Hongkou Campus. Be sure to check the schedule.

From Pudong International airport, you may take Metro Line 2 (heading toward Guanglan Road)*, and then interchange to Line 8 (heading toward Shiguang Rd) at People’s Square. Getting off at the Hongkou Football Stadium station. After getting off the metro, either you can take a taxi or walk to the campus. Please check the stations on the Shanghai metro map.

3. From Hongqiao Airport to SISU by Metro 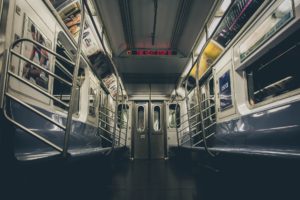 You may take Metro Line 2 (heading toward Pudong International airport), and then interchange to Line 3 (heading toward Jiangyang Rd (N)) at the Zhongshan Park station and get off at either the Hongkou Football Stadium station or the Chifeng Road station.

Alternatively, you can take Metro Line 2 (heading toward Pudong International airport), and then interchange to Line 8 (heading toward Shiguang Rd) at People’s Square. Getting off at the Hongkou Football Stadium station. After getting off the metro, either you can take a taxi or walk to the campus. Please check the stations on the Shanghai metro map.

Shanghai is the first stop for many people when they travel to China. From the Pudong international airport, you can take the SMT, the high speed train and enjoy an exciting first experience of the city. The train runs from Pudong International Airport to Longyang Rd. The station is located at the intersection of Longyang Road and Baiyang Road in Pudong New Area. If you show your flight ticket, you might be able to get your ticket at a discounted price. The whole journey takes only eight minutes. From Longyang Road to SISU, you can take either a taxi or Metro line 3. For more information visit Shanghai Maglev.

5. From Pudong Airport to SISU by airport bus+taxi 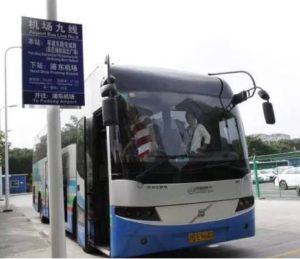 Shanghai Pudong Airport (PVG) operates 9 airport shuttle bus lines. Follow the signs ‘airport shuttle’ to take shuttle no. 4 (机场四线) outside the Pudong airport. There will be a bus going straight to the Hongkou Football Stadium (Huayuan Road) every 15-25 minutes between 7:00 and 23:00 at the price of 22-24 RMB (only cash, wechat payment, and Shanghai transportation card payment are accepted):

Once you are at Hongkou Football Stadium, it is best to take a taxi to the campus.