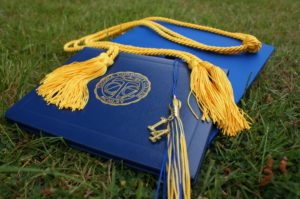 Announcement of 2022 Award Winner and Two Runners Up

The SISU Baker Centre for Translation and Intercultural Studies is pleased to announce that the winner of the 2022 Martha Cheung Award is Dr. Kasia Szymanska, Centre for European Studies, Trinity College Dublin, for her article entitled ‘Peeping through the Holes of a Translated Palimpsest in Jonathan Safran Foer’s Tree of Codes’, published in Contemporary Literature 61/1 (2021).

Dr. Szymanska argues that comparative textual media (media studies) should work more closely with translation studies, and supports this argument by examining the example of Jonathan Safran Foer’s die-cut book Tree of Codes (2010). Her highly intricate analysis combines the perspectives of literary studies, translation studies and media studies, bringing to the fore two issues that have been so far neglected in criticism. These are: firstly, the significance of erasing a literary translation, namely, a text that represents another text written in a different language and directly inaccessible cultural reality; and secondly, the possibility of interpreting Foer’s die-cut book beyond the two-dimensional erasure convention and treating it as a see-through web of words and obscured fragments which can meaningfully illuminate each other. In doing so, the study proposes a broader understanding of Foer’s translatorial gesture. By foregrounding the very medium of translation and the palimpsestic quality of the book project, it brings to light different possible understandings of the act of erasure, including cultural, textual, material and translatorial ones.

Runners up
Two further submissions have been deemed by reviewers and the Award Committee to be of outstanding quality and therefore deserve mention as runners up. In alphabetical order, the runners up are Gökhan Firat, University of Surrey, and Dr. Simon Leese, Utrecht University, The Netherlands.

The article by Dr. Leese, entitled ‘Arabic utterances in a Multilingual World: Shāh Walī-Allāh and Qur’anic translatability in North India’, appeared in Translation Studies 14/2 (2021). It explores the way in which Arabic texts reached multilingual audiences in North India in the eighteenth century. Drawing on a remarkable treatise on translating the Qur’an into Persian by the Delhi intellectual Shāh Walī-Allāh (d. 1176/1762), it argues that so-called “interlinear” translations functioned to preserve the sound of Arabic utterances as well as their meaning. By anchoring another language to Arabic utterances, these translations also reified symbolic hierarchies between Arabic and languages used to translate it. Walī-Allāh’s understanding of translatability was closely tied up with notions of Qur’anic structure (nazm) and the sonic qualities of the Arabic language, but was also informed by a sensitivity to linguistic difference in the multilingual society in which he lived.

As in previous instalments of the Award, the Committee will attempt to gain permission from publishers to provide open access copies of all three articles on the website of the Centre. A further circular with relevant links will be sent out in due course. In the meantime, Dr. Leese’s article is already published open access and available on the journal website. 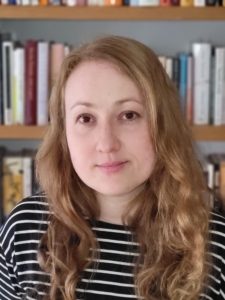 Szymanska, Kasia (2021) ‘Peeping through the Holes of a Translated Palimpsest in Jonathan Safran Foer’s Tree of Codes’, Contemporary Literature 61(1): 32-65.

Bio: Dr. Kasia Szymanska is Assistant Professor in the School of Languages, Literatures and Cultural Studies at Trinity College Dublin and Research Associate of the Oxford Comparative Criticism and Translation centre. Her work on the intersection of literature, translation, multilingualism and politics has been published in PMLA, Contemporary Literature, Slavic and East European Journal, edited volume Prismatic Translation, and several other venues. Her first book project Translation Multiples: From Global Culture to Postcommunist Democracy discussed a new genre of writing which multiplies different translation variants. She is currently working on two other projects: The Other Europe: Dividing the Continent Through Text, Travel and Translation as well as an edited volume entitled The Tender Translator: Olga Tokarczuk Across Languages. She received the 2015 EST Translation Prize and judged the 2018 Oxford-Weidenfeld Translation Prize. 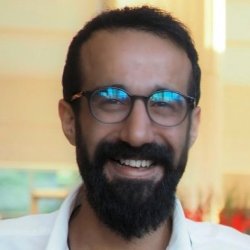 Fırat, Gökhan (2021) ‘Uberization of translation: Impacts on working conditions’, The Journal of Internationalization and Localization, 8(1): 48-75.

Bio: Gökhan Fırat is a PhD Student and Postgraduate Researcher at the University of Surrey, Centre for Translation Studies and his current research focuses on the collaborative and cooperative forms of human translation (translaboration and transcooperation) within and across digital platforms by exploring their challenges and opportunities and assessing their impacts on translation workers. Before joining the University of Surrey, he worked in the publishing and translation industries for more than ten years as a book translator, editor, copy-editor, project coordinator, operations manager, business development manager, technology consultant and trainer. Gökhan holds a BA in Translation and Interpreting and completed his MA in Translation Studies with a research focusing on the impacts of the current techno-political transformation of the language industry on translation workers. He translated and edited many books into the Turkish language from authors such as Noam Chomsky, Charles Dickens and Arthur Canon Doyle. 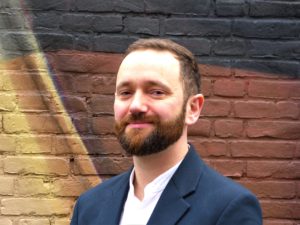 Bio: Simon Leese holds a PhD from SOAS, London and has been a postdoctoral researcher at Utrecht University. From May 2022 he will be a visiting researcher at Humboldt-Universität zu Berlin. His research focuses on the connections that Arabic poetry has forged between the Middle East and South Asia, and multilingual histories of literary taste and poetic love.