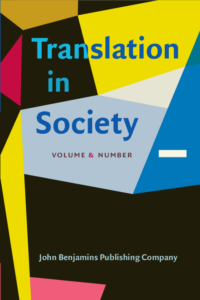 Since the “sociological turn”, the object of study in literary translation research has expanded beyond the textual to examine literary translators and their labour within the contexts that they work. By applying sociological frameworks such as the Bourdieusian sociology of cultural production, scholars have demonstrated the fruitfulness of examining the roles played by translators in the movement of literary texts between languages and cultures and their positions within the fields of power that govern these processes (Sapiro, 2008; 2016). In doing so, sociological investigations into the agency, habitus and role of literary translators have echoed calls within the discipline more broadly to refocus our attention on the figure of the translator within translation studies (e.g. Simeoni, 1998; Sela-Sheffy 2005, 2008; Hu, 2004), which have since developed into the subfield of “translator studies” (Chesterman, 2009) and more recently, “literary translator studies” (Kaindl et al., 2021).

However, despite the focus of sociological and translator studies on the agency and habitus of translators in literary translation processes, little has been done to connect this work to broader sociological understandings of publishing practices, a field of research where translation and translators also remain largely invisible — particularly in digital contexts. For instance, in Simone Murray’s Bourdieusian charting of The Digital Literary Sphere (2018), she gives only limited reference to the cultural capital required to initiate translation processes, whilst John Thompson provides a limited overview of the powerful global position enjoyed by English-language texts in comparison to translations into English (2010, 13) and the sale of foreign language rights by Anglophone literary agents (61-69) with no reference made to translators themselves. As such, this special issue seeks to bridge this gap between sociological approaches in translation studies and other fields such as publishing studies and book history, whilst continuing steps towards understanding the relationships between humans and digital contexts seen in the work of scholars such as Cronin (2012) and Desjardins et al. (2020).

To achieve this aim, suggested topics include, but are not limited to:

Prospective authors should submit abstracts for their proposed papers (400-500 words, excluding references) to literarytranslatorspecialissue@gmail.com by 31 October 2022.

Chesterman, A. 2009. The Name and Nature of Translator Studies. Hermes – Journal of Language and Communication in Business. 42, pp.13-22.

Sapiro, G. 2008. Translation and the Field of Publishing: A Commentary on Pierre Bourdieu’s “A Conservative Revolution in Publishing”. Translation Studies. 1(2), pp.154-166.

Sela-Sheffy, R. 2005. How to be a (recognized) translator: Rethinking habitus, norms, and the field of translation. Target. International Journal of Translation Studies. 17(1), pp. 1-26.

Thompson, J. B. 2010. Merchants of Culture: The Publishing Business in the Twenty-First Century. Cambridge: Polity Press.