[New Publication] From marginal to canonical: The afterlife of a late medieval Telugu hagiography in a Kannada translation 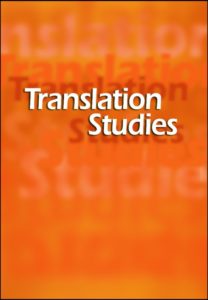 This article considers the literary fate of the Basava Purāṇa in its original thirteenth-century Telugu version and fourteenth-century translation to Kannada while highlighting the stark difference in each work’s reception: while the former text remained at the margins of what is conventionally regarded as “mainstream” Telugu literature, the latter became a part of a prevalent literary idiom and a foundational text for the Kannada Vīraśaivas. By closely examining the intrinsic and extrinsic features of two devotional texts written in premodern India, this article explores new possibilities for thinking about the economy of translation in an indigenous and multilingual cultural setting that was temporally situated prior to the introduction of Western epistemes and that geographically and socially folded away from the political center of courts and separately from (and possibly also in some tension with) hegemonic Sanskrit poetic and literary paradigms.