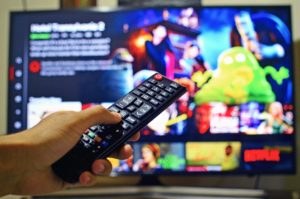 Audiovisual Translation in the Age of Streaming

This special issue will investigate the role of translation in the rapidly changing and developing environment of global media streaming. While there have been calls to ‘recenter globalization’ since the early 2000s (e.g. Iwabuchi 2002), since the late 2000s the development of streaming media has effectively disrupted older linear flow patterns of film and media distribution and consumption. There is now globally more access in translation to what had been marginalised cultures in the global media ecology, such as South Korea, Taiwan, Thailand and Nigeria. In turn, these so-called marginalised cultures in the global media ecology, which had been previously largely dominated by Hollywood, now enjoy wider access in translation to media cultures which had been much less explored or ignored in their home cultures: Korean audiences having a greater access to Danish, German, and Spanish media, for instance. Streaming service platforms turned content creators such as Amazon, Netflix and Rakuten Viki are in the process of overturning previous understandings of the global mediasphere and accelerating the dynamics of the media landscape, enabling contraflow of media content and de/recentering understandings of global media production. Increasingly invested in international services, streaming companies’ practices fragment, deconstruct and reconfigure media space.

Video streaming sites such as Youtube, where original content is also distributed, contribute to this refashioning of media distribution and reception and further complicate the relationship between translator, content provider and creator.  Yet the process is not limited to disruptive new companies: established multinational media and technology companies such as Disney and Apple have recently launched new streaming services, suggesting that the field is in a constant process of reconfiguration as different agents emerge, rise to power or struggle to hold market share. The effect of the Covid-19 pandemic has yet to be fully understood, but streaming has been a significant part of people’s media consumption during lockdown, and is expected to precipitate pronounced reconfiguration of the contemporary global media ecosystem. While there is a growing body of work on streaming from media studies (Dixon 2013; Smith and Telang 2016; Johnson 2018; Lobato 2019; Pallister 2019), there has been considerably less research on the relationship between translation and streaming (with the exceptions of Dwyer 2017; Pedersen 2018).

Translation is central to these recent disruptions of the media field, as streaming providers offer most media content in translated versions, be it dubbed or subtitled, propelling the cultural mobility of media content across national and linguistic borders. Netflix, for example, functions as a particularly disruptive force by offering an ever wider range of genres and non-English language series tailored to specific groups of people around the world (Barker and Wiatrowski 2017), to the extent that it supported more than 20 languages by 2017 and approached “an inflection point where English won’t be the primary viewing experience on Netflix” (Netflix 2017). Not all translations on streaming platforms are official, and there continue to be thriving fan translation cultures on streaming platforms such as Youtube and Viki which offer access to media between what Casanova (1999) calls ‘dominated’ cultures, as well as between ‘dominating’ and ‘dominated’ cultures. This increasing fluidity is having a significant effect on Anglosphere understandings of world media, which had previously seen ‘foreign’ film and TV as elite, highbrow productions but now, especially through streaming platforms and fansubbing, more popular media such as Korean soap operas or Chinese teenage TV dramas are becoming widely available. As such, Eurocentric notions of popular media (Shohat and Stam 1994) need rethinking to take into account the increasing circulation of media products from around the world and the shifting balances of soft power (Nye 2004) related to the streaming of media content. How, for instance, does access to Chinese soap operas in translation affect the image of China in the world and its soft power? How does streaming invert and alter previous hierarchies? At the same time, the massive abundance of available media around the globe is creating a scarcity of attention and affecting a new attention ecology (Citton 2017) which risks ‘dominated’ languages and cultures being overlooked in the sheer quantity of ‘dominating’ language production. How then do streaming and translation filter media for consumers? Are streaming services and video sites reinforcing, or challenging, existing inequalities of access and distribution through curation and selection of languages to translate into? What effect is this having on the dominance of ‘global’ English? Importantly, how does the curation of media content through translation and streaming promote or silence communities such as the LGBT community, the Deaf or ethnic minorities? It is not a given that access to media from many different nations will be representative of the diversity within those nations. How do notions of alterity change in globalised media?

The topic of translation and streaming, then, has significant relationships not only with language and contemporary media consumption, but also soft power and global understandings of alterity. This special issue aims to explore the role of translation in the streaming epoch, especially in relation to the shifting definition of ‘peripheral/dominated’ and ‘central/dominating’ media producing cultures. We welcome contributions critically addressing translation (understood broadly) in the global media environment that has been created in relation to streaming and on demand services. Topics of interest include, but are not limited to:

Netflix. 2017. “Netflix is Looking for the Best Translators Around the Globe”, https://media.netflix.com/en/company-blog/netflix-is-looking-for-the-best-translators-around-the-globe (accessed 18 April 2020).

Jinsil Choi is Assistant Professor, Keimyung University, South Korea. Her research interests include corpus-based translation, pre-modern Korea in translation, and subtitles and film ratings in Korea. She is now working on a monograph, entitled Government Translation in South Korea: A Corpus Based Study, to be published by Routledge in 2020.

Jonathan Evans is Senior Lecturer in Translation Studies at the University of Glasgow, Scotland, UK. He is the author of The Many Voices of Lydia Davis (2016) and co-editor of The Routledge Handbook of Translation and Politics (2018). His academic interests lie in the circulation of media and non-hegemonic ideas.