[Event] A Host of Tongues: Multilingualism, Lingua Franca and Translation in the Early Modern Period

A Host of Tongues: Multilingualism, Lingua Franca and Translation in the Early Modern Period

In the 15th and 16th centuries, the linguistic situation in Europe was one of remarkable fluidity. Latin, the great scholarly lingua franca of the medieval period, was beginning to crack as the tectonic plates shifted beneath it, but the vernaculars had not yet crystallized into the national languages that they would become a century later, and bi- or multilingualism was still rife. Through the influence of print capitalism, the dialects that 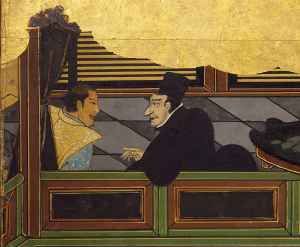 occupied the informal space were starting to organise into broad fields of communication and exchange (Anderson 2006: 37-46), though the boundaries between them were not yet clearly defined nor the links to territory fully established. Meanwhile, elsewhere in the world, languages were coming into contact with an intensity that they had never had before (Burke 2004: 111-140), influencing each other and throwing up all manner of hybrids and pidgins as peoples tried to communicate using the semiotic resources they had available. New lingua francas emerged to serve particular purposes in different geographic regions or were imposed through conquest and settlement (Ostler 2005: 323-516). And translation proliferated at the seams of such cultural encounters, undertaken for different reasons by a diverse demographic that included missionaries, scientists, traders, aristocrats, emigrés, refugees and renegades (Burke 2007: 11-16).

This fascinating linguistic maelstrom has understandably attracted the attention of scholars from a variety of different backgrounds. Cultural historians have studied the relationship between language, empire and mission, processes of cultural transmission and the influence of social, political and economic factors on human communications. Historical linguists have investigated language contact, codification and language change (Zwartjes 2011). Translation studies specialists are interested in how translation was conceptualized and practised during the period (Kittel et al. 2007), and literary scholars have looked at how multilingualism is represented in plays and poems of the period (Delabastita and Hoenselaars 2015). There have also been postcolonial engagements with the subject, given the often devastating effects of Western European language ideologies on precolonial plurilingual practices (e.g. Canagarajah and Liyanage 2005), as well as gendered perspectives, centring on women’s language in different cultural spaces.

This conference hopes to attract specialists from all of these areas and beyond in an attempt to generate a truly interdisciplinary debate about linguistic behaviour in the Early Modern period. Proposals are invited for 15-20 minute papers on any language-related topic dealing with the period 1400 to 1800. Thematic panel proposals are also welcome (2-hour sessions involving 3-4 speakers). Subjects may include:

Official Languages: we encourage the use of English as a common idiom of communication. However, presenters may choose to present in other languages (Portuguese, Spanish, French) if they provide a long abstract and Powerpoint (or other) presentation in English.

An abstract of up to 250 words (for individual papers) or 1000 words (for panels) should be uploaded onto the site, accompanied by a brief biosketch (up to 50 words per speaker) by 30th June. You will be notified 31st July of your paper’s acceptance.

Canagarajah, A. Suresh, and Liyanage, Indika. 2012. ‘Lessons from Pre-Colonial Multilingualism.’ In The Routledge Handbook of Multilingualism, M. Martin-Jones, A. Blackledge and A. Creese (eds), London and New York: Routledge. 49-65.

Delabastita, Dirk, and A. J. Hoenselaars, eds. 2015.  Multilingualism in the Drama of Shakespeare and his Contemporaries. Amsterdam and Philadelphia: John Benjamins.

Ostler, Nicholas. 2005. Empires of the World: A Language History of the World. London: HarperCollins.

For more information, please visit the conference website at: https://ahostoftongues.wordpress.com/